Investors are pricing in a possible recession.

Markets plunged on Wednesday on growing fears that the COVID-19 pandemic was going to cause the U.S. economy to fall into a recession. If so, that is going to mean a slowdown in new construction and business expansion into new office space.

The market sell-off continued on Wednesday in part due to fear that a proposed government stimulus package that had investors feeling optimistic last Friday has gotten bogged down in Washington politics. While all sides of the political spectrum appear to feel something needs to get done, reporters in Washington on Wednesday gave indications that different factions are still far off on what is needed.

NEW: The Senate won't be able to complete action on the $1 trillion-plus #coronavirus stimulus package before next week and will work through the weekend to try to hammer out a deal with Democrats, two Senate GOP leaders tell CNN.

The market hates uncertainty, and investors appear to be getting out their recession playbook just in case help from Washington proves to be too little, too late. Commercial real estate and construction tends to decline during a recession, and with it, likely demand for carpet and flooring products from Mohawk and Interface, and paints and coatings from PPG and RPM. 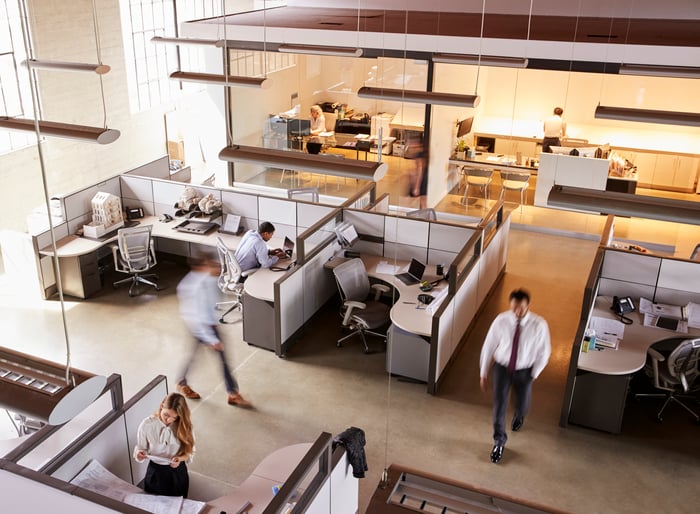 The stocks were also likely under pressure because local governments are upping efforts to promote social distancing, including forcing manufacturers in some areas to temporarily shut down operations. If that spreads, it is going to have broad implications for industrial companies.

Following Wednesday's decline, Interface is now down 66% for the year and Mohawk is down 42%, while the two coating manufacturers are each down more than 32%. It's possible that is an overreaction. These are four solid companies with businesses that should be able to survive a downturn.

The issue is with so much uncertainty weighing on the markets, there is no real catalyst to get investors buying. The pandemic seems likely to last into the spring, if not beyond, and the full ramifications of the outbreak will not be known until well after.

For investors willing to brave the volatility, now appears a decent time to start exploring these companies closely. But don't be surprised to see further dramatic price changes in the days and weeks to come as the pandemic continues to play out.