Shares of German auto giant Volkswagen AG (OTC:VWAGY) were down sharply on Wednesday, a day after the company said it's shutting down its factories in Europe and warned that it can't yet forecast the impact of the coronavirus pandemic.

As of 12:00 p.m. EDT, Volkswagen's American depositary receipts were trading down about 10.7% from Tuesday's closing price.

CEO Herbert Diess told reporters on Tuesday that slipping sales, uncertainties with suppliers, and concerns about limiting the spread of the COVID-19 virus led to his decision to halt production at VW Group factories throughout Europe. 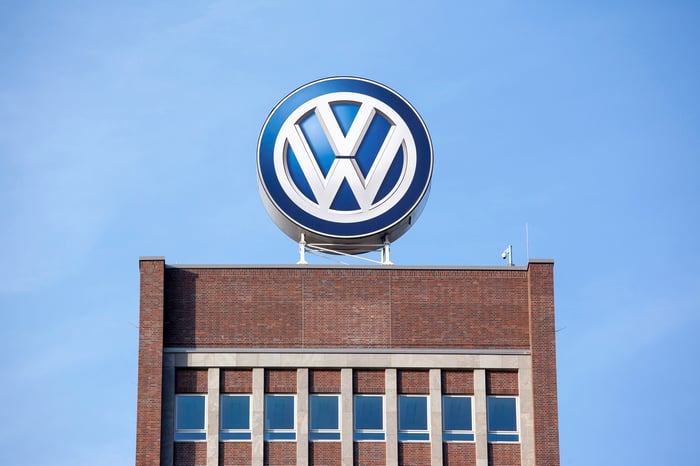 By the end of this week, production will have been halted at VW plants in Spain, Portugal, and Slovakia, with the remainder of VW's European plants expected to follow next week. The factories of VW subsidiaries Lamborghini and Ducati, both in Italy, have already closed.

Diess expects the closures to last for at least two weeks.

Officially, VW is standing by the 2020 guidance it issued in February, which calls for deliveries and profits to be roughly in line with its (good) 2019 results. But CFO Frank Witter was blunt at Tuesday's press conference: Right now, the company has no way to make a reliable forecast for the year, he said, given the uncertainties around sales and production in the midst of the virus pandemic.

That's not comforting for auto investors, but it's an exceptionally uncomfortable time in the industry.