In the relatively early days of the novel coronavirus outbreak within the U.S., Lyft (LYFT -3.97%) CFO Brian Roberts spoke at an investing conference and said that the ridesharing company had been mostly fine thus far amid the ongoing crisis. In fact, Roberts even suggested that Lyft was benefiting from the spread of COVID-19 -- which seems counterintuitive for a travel-related company -- as consumers were shifting from public transit toward private forms of transportation like ride-hailing. In addition, Lyft has less international exposure than larger rival Uber (UBER -2.76%).

"For Lyft, our P&L is really driven by ridesharing, and demand in ridesharing remains extremely strong," Roberts said. The finance chief went as far as to reaffirm Lyft's guidance for the first quarter, while adding that the company had recently enjoyed its "single biggest week in our history." 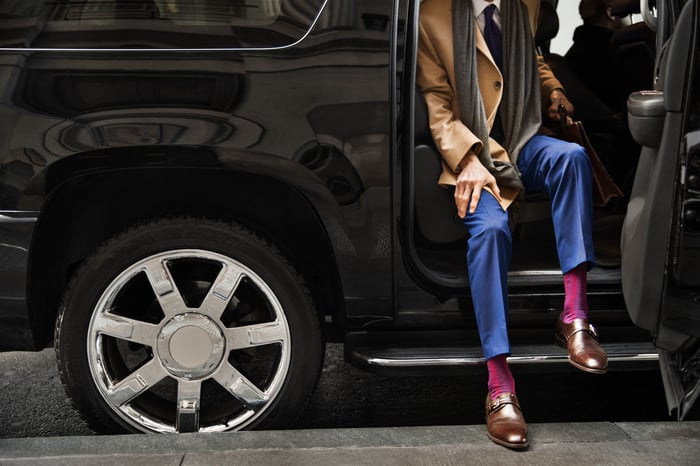 Ridesharing spending has since plummeted

Roberts' comments were from earlier this month, but public health officials were already warning that the crisis was going to get far worse before it got better. It was entirely predictable that demand for ridesharing services could soon crater -- and that's exactly what is now happening as state and local governments all around the U.S. issue lockdowns in an effort to contain the disease.

Uber and Lyft have both suspended shared rides in response, and both companies are also expandingpaid sick leave policies despite years of fighting to provide as few benefits to contract drivers as possible. Both stocks have lost over 60% of their value over the past month. 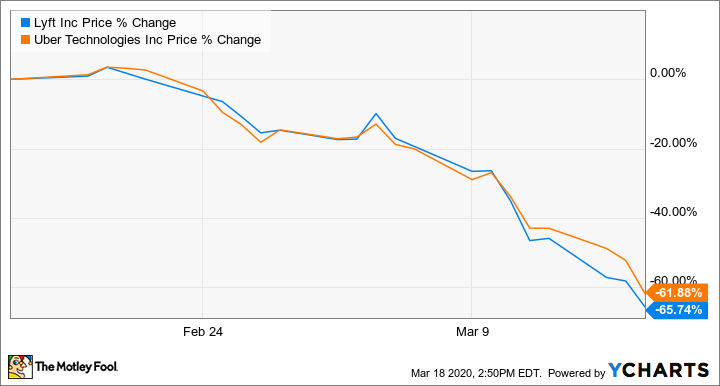 Spending on ride-hailing tech platforms has plunged over the past two weeks, which just so happens to be about how long it's been since Roberts spoke at the conference on March 3. The Wall Street Journal reports that spending on Lyft has dropped 19% while spending on Uber has fallen 21%, citing third-party estimates from market researcher Edison Trends. It's worth noting that spending for both Uber and Lyft had been increasingly modestly in the eight weeks leading up to March 2, according to the report, so perhaps it wasn't entirely misplaced for Roberts to remain optimistic.

The Rideshare Guy also recently conducted a survey of drivers that reinforced the adverse impacts that the industry is experiencing. An overwhelming 81% of Uber and Lyft drivers reported seeing lower demand for rides, with demand deteriorating on a daily basis. Many drivers (62%) have either reduced how much they drive or stopped driving altogether, in part over concerns around potential exposure to the virus. Morale is poor, with nearly 80% of respondents saying that Uber and Lyft are not doing enough to support drivers during the crisis.

Both Uber and Lyft have recently laid out timelines for adjusted EBITDA profitability, but it's unclear if those targets are still within reach.