TJX Companies (TJX 2.23%), parent company to off-price retailers T.J. Maxx, Marshalls, and others, has joined a lengthening list of store chains struggling with weak consumerism in the wake of the coronavirus outbreak. The organization announced Thursday it would be closing all stores in the United States, Canada, Europe, and Australia for two weeks as part of an effort to curb the spread of the virus.

The decision was hardly surprising, given that other retailers have already taken similar measures. Ross Stores (ROST 1.59%) announced early Thursday it would withdraw its first-quarter and full-year 2020 sales guidance due to uncertainty surrounding the length of consumers' self-quarantining efforts. Burlington Stores (BURL 1.30%) is also closing some stores, as well as shuttering its corporate offices, per a press release posted early Thursday. TJX is taking the idea further, however, electing to shut down its e-commerce operation, distribution centers, and management offices. Office employees able to do so will work from home, when possible. 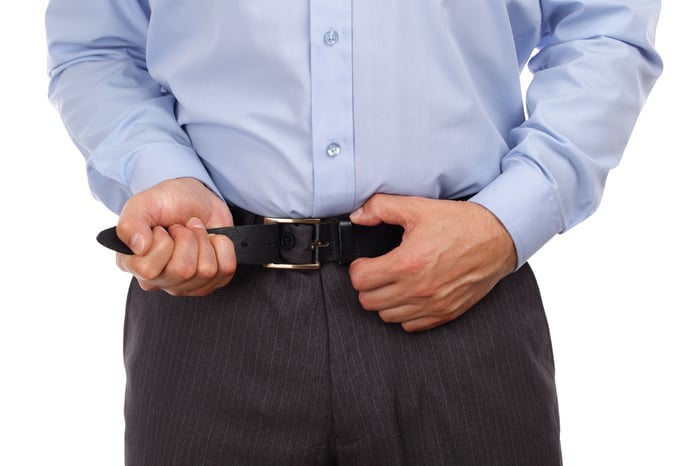 TJX Companies added that certain fiscal measures could be considered as the fallout from the COVID-19 outbreak becomes clearer. The company noted possible plans to reduce capital expenditures, review operating expenses, and reconsider its dividend payout. The off-price retailer has tapped into $1 billion worth of liquidity from an existing credit facility, and has suspended its stock repurchase activity.

Of the three key publicly traded off-price retailers providing coronavirus updates today, TJX Companies shares were the only ones to fall, by a little more than 4% as of mid-day.

Undoubtedly, COVID-19 worries have already crimped shopping. In February, even before the United States needed to take sweeping action to contain the disease, retail sales fell 0.5%.