It's hardly a new complaint. Indeed, the headlines raging against shockingly big paychecks collected by United States CEOs have been regularly recirculated for years. This time, though, against a backdrop of consumers' concern over online privacy and frustration over lingering inequality, efforts from Walt Disney (NYSE:DIS) and Coca-Cola (NYSE:KO) shareholders have finally struck a receptive nerve that will incite actual change in how corporate chiefs are compensated. AT&T (NYSE:T) shareholders may be ready to jump on the bandwagon, too, after learning its CEO John Stankey received a 36% raise last year despite a string of corporate failures.

Only time will tell, of course. But investors who believe "you get what you pay for" should apply to chief executives just might want to keep their finger on the pulse of the movement's current developments. 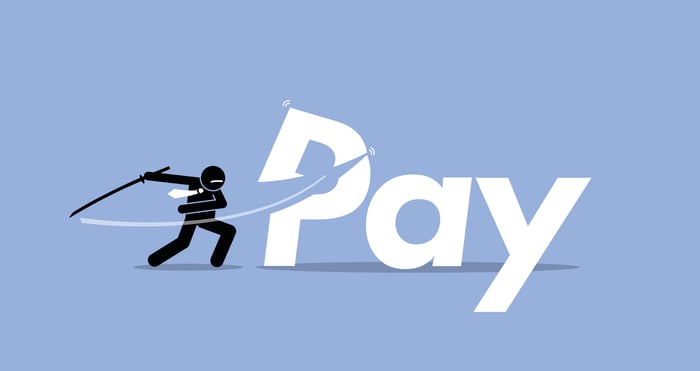 For the third time in three years, a sizable minority of Walt Disney shareholders voiced their displeasure regarding the size of executive paychecks at the company's annual shareholder meeting. And for a third time in three years, the vote didn't really matter. The board of directors counts only the nonbinding votes for or against the company's pay plan for its top brass and keeps the sentiment under advisement.

The specifics: Last week, 46% of shareholders at the meeting voted against the total executive compensation for 2019 ... a year that netted newly retired CEO Bob Iger a stunning $47.5 million after all incentives were tallied. That was down from Iger's 2018 pay package of $65.6 million, although that figure was nearly twice his 2017 compensation of $35.4 million.

Shareholders pushed back against those big numbers as well, seemingly having some effect on 2019's total. Iger still rates among the world's highest-paid CEOs, though, with some investors struggling to figure out exactly why.

Pushback was not just at Disney

Were it just Walt Disney's Iger, the matter could be chalked up to investors simply trying to be smart stewards of their company's assets.

It's not just Disney's shareholders or Iger's pay package, though -- not this time. Also earlier this month, the $226 billion New York State Common Retirement Fund successfully inspired Coca-Cola to consider pay rates for all its employees when establishing a target paycheck for its CEO, James Quincey. Mark Preisinger, director of corporate governance for Coca-Cola, acknowledged to the fund's representatives "that CEO pay should be perceived as reasonable relative to our overall employee pay."

What that means for Quincey's 2020 paycheck still isn't perfectly clear. But it is clear that Coke now finds itself under greater investor scrutiny in terms of how much it pays its top people.

Telecom giant AT&T is yet another major name to find its way onto the same radar screen. CEO Randall Stephenson pocketed $32 million in paychecks for 2019, while COO and head of WarnerMedia John Stankey earned $22.5 million, after promised pay and incentives were totaled. It took the media only a few hours to remind everyone that Stephenson's 10% raise took shape in the same year that roughly 20,000 AT&T employees were laid off.

Don't assume these three anecdotes are the extreme outliers cherry-picked for the purpose of making a misleading point, either. They may be among the most egregious compensation plans, but they're hardly unusual. The Economic Policy Institute calculated last year that over the course of the past four decades, paychecks for CEOs of the United States' biggest 350 companies have improved by an inflation-adjusted 940%, whereas average worker wages have grown on the order of 12%.

Again, nothing about the current consumer/investor disgust is new. Only the names and numbers have changed. This year may well mark a tipping point for crazy-size CEO paychecks, though, for reasons that don't directly relate to corporate governance.

Chief among those reasons is the burgeoning social effort to foster greater economic equality. The inherent risks of considerably raised minimum hourly pay and basic universal income may not be new, but what is new is receptiveness to those concepts. As of September, roughly half the country now supports the idea of a minimum level of income, up from only 43% in February.

That Gallup poll didn't touch on the matter of income reduction for ultrahigh-income earners like CEOs, but it would be shortsighted to ignore the increasing popularity of the premise that those earning tens of millions of dollars could be taxed heavily -- through a so-called millionaires' surtax -- to support universal basic income. Ironically, Disney heiress Abigail Disney is one of the idea's leading proponents. The step beyond that is successful shareholder pressure on enormous CEO pay plans.

That pressure continues to gel, too, with Disney and Coca-Cola shareholders taking the lead now.

It all matters to investors simply because the best CEO for a particular job may turn an offer down, feeling a smaller paycheck than his or her predecessor's is a slap in the face.