There are early signs that China's economy is recovering from the impact of the COVID-19 outbreak, and that bodes well for the rest of the global economy.

There hasn't been a lot of good news on the COVID-19 outbreak recently, not least from the fact that the internationalization of it has now scaled back expectations for growth on a global scale, rather than merely a first quarter impact in the Far East.

In truth, FedEx's (FDX 3.48%) recent fiscal third-quarter earnings presentation contained many of the negatives that investors should come to expect in this environment, but it also contained a big positive. 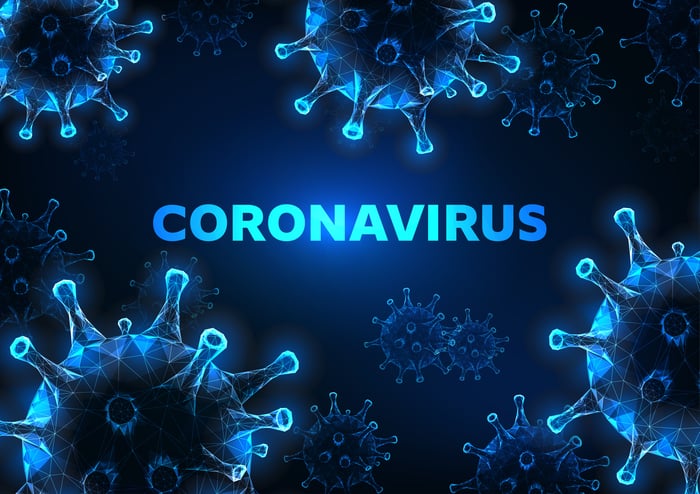 Starting with the negatives, in a sign of things likely to come from many other companies, FedEx's management suspended its economic forecast and earnings guidance as a result of the uncertainty caused by actions taken to curtail the growth of the outbreak. As policymakers are watching the spread of the outbreak almost on a daily basis, it's very hard to know when the restrictions on economic activity and travel bans will be lifted -- making it almost impossible for FedEx to quantify what its end demand will be.

Clearly there's a lot of uncertainty out there, and the bearish case for the stock market is based on the fear that the curtailments imposed on the global economy could be protracted through 2020 and ultimately tip it into a recession. In such a scenario, companies that service global trade, such as FedEx and UPS (UPS 2.33%) are big losers.

The glass is half full

On a more positive note, FedEx's management also reported some things which support the bullish case. The strongest argument to buy stocks is based on the idea that the COVID-19 crisis will ultimately pass and the economy will experience a so-called "V-shaped" recovery, just as it did following the previous major coronavirus outbreak, SARS, in 2002-2003.

Of course, the current outbreak is a lot worse than SARS. It's global, rather than being largely contained to the Far East. That's caused significant downgrades to expectations for many industries, including aviation, and obviously UPS and FedEx.

However, there's still the bullish possibility that the global economy will have a V-shaped recovery, and FedEx's commentary on the Far East arguably strengthened that case.

The key point is that the early victims of the outbreak, China and neighboring countries, have largely contained the virus, and economic activity seems to be on its way to normalization. And if China can have a V-shaped recovery then it's likely that other countries can, too.

On this note, the earnings call contained some positive takeaways. For example, chief marketing and communications officer Brie Carere said that "In China, we have seen a rebound week over week since the week of March 3." Later in the call, she talked about how "90% to 95% of large manufacturers in China are now back to work in some capacity" and "65% to 70% of small businesses in Mainland China are coming back to work from a manufacturing perspective. So we believe output is in around 65% to 75%."

In other words, China does appear to be in a process of normalizing.

To be clear, chief financial officer Alan Graf also stressed that economic activity in Europe is almost impossible to predict, as coronavirus curtailment actions are being taken on a near daily basis. Moreover, Graf said, the recent strength in China is also subject to scrutiny, with Graf questioning: "Is this a bubble or is this going to continue?"

That said, the improvement seen in China is analogous with what happened after the SARS outbreak in 2002-2003, and if it continues, investors have cause to be optimistic that when the outbreak is finally contained, the same can happen in Europe and the U.S.

A reason for hope

It's not much to go on, but FedEx's commentary on China is an early sign that economic activity can bounce back to normal after temporary shutdowns -- and that's a plus point for long-term investors.

If it's confirmed by other companies in the following weeks and months, then it's a cause for optimism, while the world waits to see if the containment measures are working or not.