Please ensure Javascript is enabled for purposes of website accessibility
Log In Help Join The Motley Fool
Free Article Join Over 1 Million Premium Members And Get More In-Depth Stock Guidance and Research
By Dave Kovaleski - Mar 24, 2020 at 10:59AM

Zynga and Huya are two great, cheap stocks that were made for times like these.

Social distancing is a new reality both here in the United States and around the world -- for the near term, at least. Investors looking for a place to turn may find it in the stocks of companies that could be positively affected by social distancing. In other words, they're companies with products and services that don't rely on physical human interaction, and they can thrive, relative to the rest of the market, with people confined to their homes.

Here are two incredibly cheap social distancing stocks that have outperformed through this bear market, and are positioned for long-term growth.

Zynga (ZNGA) develops video games that you've probably played on your smartphone or tablet. Its most well-known game is Words With Friends, which had a record quarter in the fourth quarter in terms of revenue. It also produces FarmVille, Merge Magic!, Merge Dragons!, Zynga Poker, and Game of Thrones Slots Casino, to name a few. 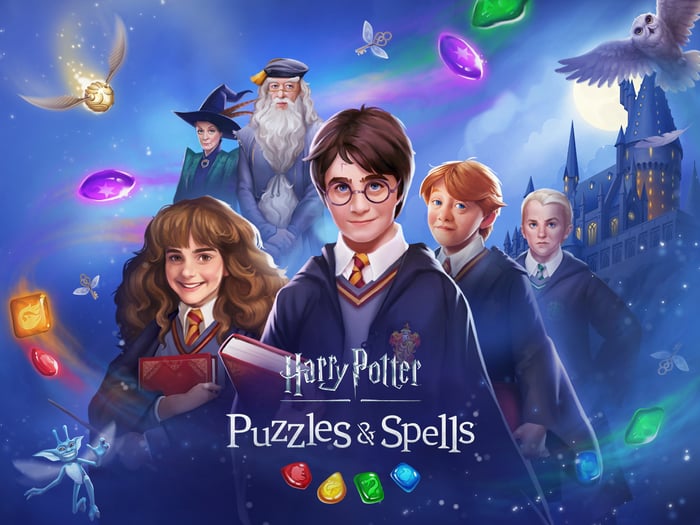 The company makes money in two ways. About 80% of its revenue comes from online gaming, primarily from subscriptions, and people buying virtual currency or products within the games. In the fourth quarter, online gaming accounted for $324.7 million of $405.5 million in total revenue.

The company beat earnings estimates, with results breaking even at $0.00 per share, an improvement over the expected loss of $0.05 per share. In 2020, the company expects to generate revenue of $1.6 billion, up 21% year over year. CSR Racing, Empires & Puzzles, Merge Dragons!, Words With Friends, Merge Magic!, and Zynga Poker will drive revenue. The company also expects to get a boost from new games Puzzle Combat and FarmVille 3, and a Harry Potter-themed game it launched this month.

Zynga is not a cyclical play that thrives only in this environment. Last year it was up 55.7%; this year, through the coronavirus-fueled sell-off, it is up about 3% year to date during Monday trading. And it's incredibly cheap, trading at around $6 per share. This is definitely a stock to consider buying.

Huya (HUYA 1.83%) is a Chinese company that offers the leading platform for streaming esports in that country. Esports, for the uninitiated, are leagues made up of professional video game players. While esports have been hit by the COVID-19 crisis, causing the cancellation of some tournaments, they're basically the only game in town when you consider that all major physical sports have been postponed for the foreseeable future. Esports events continue on, and that's great news for Huya. 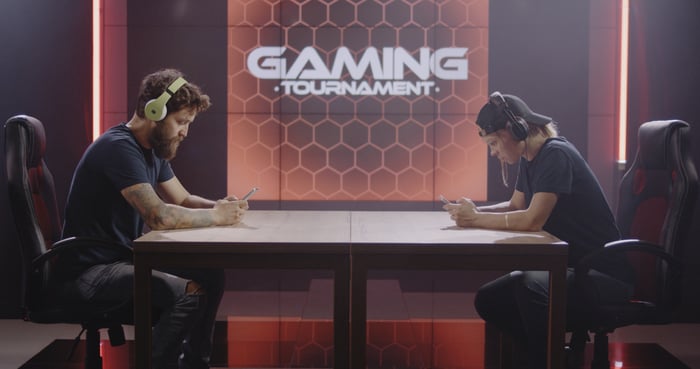 Huya is a leading provider of esports in China. Image source: Getty Images.

In the fourth quarter, Huya had more than 530 million viewers to its esports events, up 30% from the previous year's quarter. For all of 2019, Huya streamed 400 tournaments with more than 2 billion viewers, up 25% year over year. This year, the company signed a deal with Riot Games (a subsidiary of Tencent Holdings) for exclusive broadcast rights in China for League of Legends events in South Korea, North America, and Europe. It already has broadcast rights for the Chinese League of Legends tournaments, so it's now the only platform with exclusive broadcasting rights for LoL in all four major markets. League of Legends is the most popular esports game in terms of viewers, so it's a major get for Huya.

In the fourth quarter, Huya saw revenue increase 64% over the previous year's quarter, to $354 million. Net income was up 60.3% in the quarter to $22.9 million, while earnings per share were $0.10 in the quarter, up from a loss of $15.02 per share in the previous year's quarter. Esports are expected to grow 23.7% annually in China through 2022, according to PricewaterhouseCoopers, and China is expected to surpass South Korea by 2021 as the second-largest market behind the U.S.

In the first quarter of 2020, Huya's mobile monthly active users (MAUs) hit an all-time high of 17 million, due in large part to the recent lockdown policies during the coronavirus pandemic. The number of non-mobile active users is expected to increase by 34% in Q1.

Huya is the pure-play leader in this rapidly growing market, and its deal with Riot Games should increase its market share. Right now, it's incredibly cheap at about $13 per share, so it's a good buy for now and for the long run.