While some companies will struggle during the market downturn, the graphics processor is uniquely positioned to thrive.

It seemed chipmaker NVIDIA (NVDA -6.82%) was just getting its groove back before the COVID-19 coronavirus pandemic laid waste to Wall Street, punishing good and bad stocks alike. The company, which specializes in the graphics processing units (GPUs) that are used in gaming, data centers, and artificial intelligence (AI), saw its stock price fall as much as 38% before recouping some of those losses.

It's the AI applications that could provide a floor for NVIDIA's stock, as big tech and government researchers are turning to AI to help combat the coronavirus, using its lightning-fast processors and algorithms to quicken the pace of exploration necessary to find a vaccine or treatment. NVIDIA has long been the go-to for running AI systems, the result of its cutting-edge GPU technology and software stacks used by researchers to do in hours what once took days.

NVIDIA's strong financial position could help insulate it in uncertain times, while the use of AI against the coronavirus could invigorate the demand for GPUs and AI supercomputers in medical research. 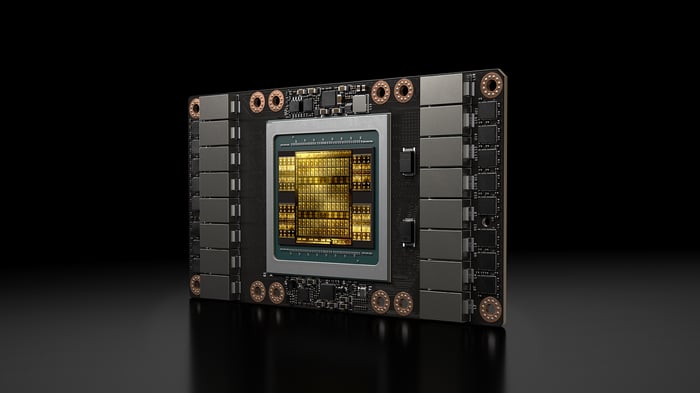 Needham analyst Rajvindra Gill upgraded NVIDIA to buy from hold on Tuesday, with a price target of $270 a share, suggesting 27% upside from where it started the day, and putting the stock on track for its best single-day gains in more than two years. Gill cited the company's strong balance sheet and pole position in AI research as catalysts for the future while recognizing the risk inherent in his timing.

Gill wrote: "We acknowledge it's risky to upgrade a stock given this vicious pandemic and the subsequent economic fallout. However, during this uncertain time, we believe investors will flock to companies with superior balance sheets and robust free cash flow. [NVIDIA] fits the bill on that front, as we see it."

A look at the company's financials illustrates the case. NVIDIA has a net cash position of $8.9 billion, including $10.9 billion in cash and investments and $2 billion in debt. The company also generated $1.32 billion in free cash flow in its fiscal fourth quarter and $4.27 billion over the past year.

The use of AI against the coronavirus could also be a strong catalyst. "We expect the pandemic and the public health risk it poses to invigorate the use of [NVIDIA's] GPUs in the medical field," Gill wrote. He argued there will be greater use of GPUs in a variety of medical applications since the processors can significantly speed the analysis of genomes "from days to less than one hour." He believes this will also hasten the adoption of AI overall.

Powering the smartest and fastest

One such example is the Summit supercomputer developed by International Business Machines (IBM -3.92%) and used at the Oak Ridge National Laboratory, the federally funded research and development center sponsored by the U.S. Department of Energy. Summit, the world's smartest and fastest supercomputer, uses 27,648 NVIDIA Tesla GPUs to power more than 200 quadrillion (or a thousand trillion -- that's 16 digits) calculations per second.

Researchers have tasked Summit to run the thousands of simulations required to identify potential drug candidates to combat the SARS-CoV-2 virus that resulted in the COVID-19 disease. 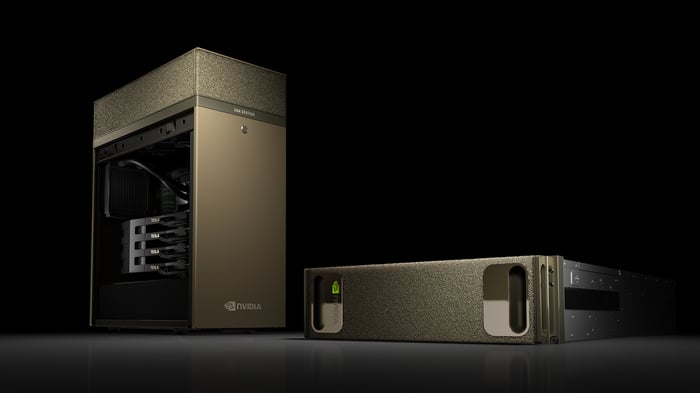 NVIDIA's fiscal 2020 fourth-quarter results were a return to form for the chipmaker. Revenue climbed to $3.1 billion, up 40% year over year, making it the company's best growth rate in nearly two years, and ending its streak of four successive quarters of year-over-year sales and profit declines. Processors used in gaming still led the results, up 56% year over year to $1.49 billion, but data center revenue -- which includes AI and cloud computing applications -- turned in robust growth, increasing 43% to $968 million.

Given the company's recent results and its strong balance sheet and cash flow generation, NVIDIA is uniquely positioned among its technology stock brethren to not only ride out the health crisis but become stronger in the process.