Please ensure Javascript is enabled for purposes of website accessibility
Log In Help Join The Motley Fool
Free Article Join Over 1 Million Premium Members And Get More In-Depth Stock Guidance and Research
By Nicholas Rossolillo - Mar 24, 2020 at 7:57AM

One of the early casualties of COVID-19: Your neighborhood food and beverage hangout. Corporate beer may not be exempt either.

While this article focuses on investing, let me start off by acknowledging the pain of those who are getting hit the hardest: Small restaurant, brewpub, and brewer owners and their employees. My sincerest hope is that things recover as quickly as possible. Hang in there.

As it turns out, the brave new world where households spent more on eating out than at the grocery store was never meant to be. Or it was a foreboding omen of times to come. Either way, according to U.S. Census Bureau, numbers that showed eating and drinking out briefly ticking higher than the average grocery bill in 2019, there are already early signs that the trend is reversing in grand style. According to data collected by Black Box Intelligence, full-service establishments saw year-over-year foot traffic decline 3.7% through March 8, 2020 (before everything began to shut down over COVID-19), and limited-service fell 3.1%. In Seattle, traffic was down 10.4%. 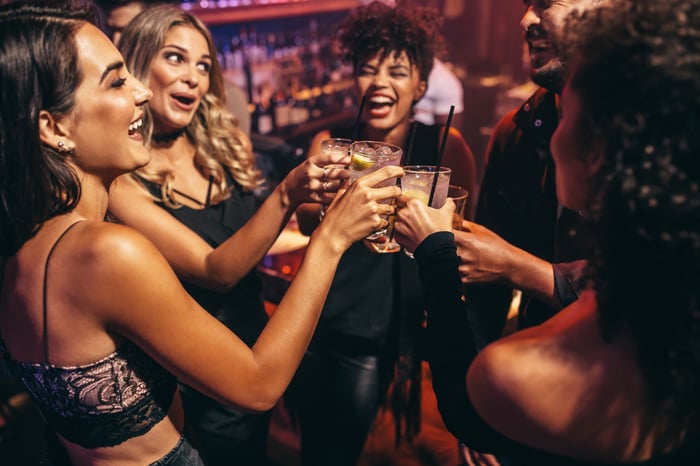 An unlikely scene in America at the moment. Image source: Getty Images.

Reports are popping up that, after years of running on thin margins, mandatory closures to help stop the spread of coronavirus are leading some small breweries to the decision that it's time to close permanently. Even some of the larger regional names are taking a hit. Stone Brewing in San Diego, California, announced it's shuttering its Shanghai taproom, and Rogue Ales & Spirits in Newport, Oregon, is closing up one of its Seattle suburb taprooms. All employees at the latter have been offered positions at other Rogue locations.

On one hand, this sudden reversal isn't surprising. According to the industry advocacy group the Brewer's Association, the total number of breweries in the U.S. went from 1,653 in 2009 to 7,450 in 2018 (the 2019 count hasn't been released yet as of this writing). While craft brew consumption has increased by mid-single-digit percentages every year -- good for about 13% of total U.S. market share -- new entrants to the industry have been growing at a far faster pace. With corporate beer only handing over minimal volume, craft beer has been eating itself alive. At some point, something had to give.

Is corporate beer the place to be?

Pivoting back to investing for a moment, conventional wisdom says that in times of economic crisis, investing in staples is where it's at. In the world of alcohol, that means corporate beer: Namely, industry juggernauts Anheuser-Busch InBev (BUD 2.10%), Molson Coors Beverage Company (TAP 2.04%), Constellation Brands (STZ 1.02%), or even craft giant and Samuel Adams beer parent Boston Beer Company (SAM 3.84%). After weathering a war of attrition for years, it's possible that a return to more inexpensive mass-produced beer provides a short-term bump. With the four stocks down 50%, 32%, 37%, and 18% respectively so far in 2020, a relief rally could be in order if consumption numbers hold up.

For at least two of these names, though (I'm looking at you, A-B InBev and Molson Coors), I'm still reluctant to call these long-term buys. America has discovered it likes local, it likes provenance, and it likes variety -- so while the craft industry may get a black eye, don't call it down and out. The strongest players will come out the other side even stronger, and I expect corporate beer to continue to lose market share over time.

But what of companies like A-B InBev that have made their own investment in craft, like its pending takeover of Craft Brew Alliance (BREW)? After making numerous craft brewery (which effectively no longer made them craft beer) acquisitions some years ago, the Budweiser parent came out of takeover retirement in the last year. Its own history shows that spending money on small labels hasn't done much to move the needle. Constellation Brands offloaded its own regional brewer takeover Ballast Point for a big loss.

Perhaps this is the time these mega-brewers have been waiting for, the time when they could start reaccumulating market share. However, I'd point out that while craft has been slowly catching up, domestic beer consumption overall has been falling, according to the Brewers Association. That may change if the economy heads way south, but that remains to be seen.

In the meantime, investors should bear in mind that corporate beer has been racking up large amounts of debt and spending gobs of cash while coping with sales slumps, with the exception of Boston Beer, which has no debt. I'm thus reluctant to suggest hopping aboard the beer investment train -- again with the exception of Boston Beer, although shares of that company carry a very hefty premium at the moment as they trade for 42.5 times trailing 12-month free cash flow. 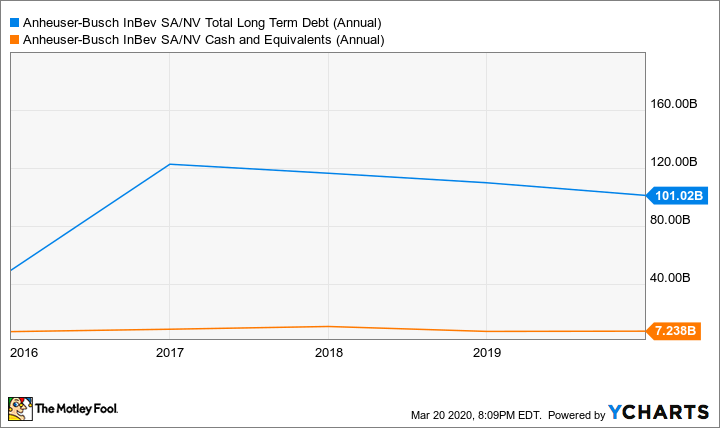 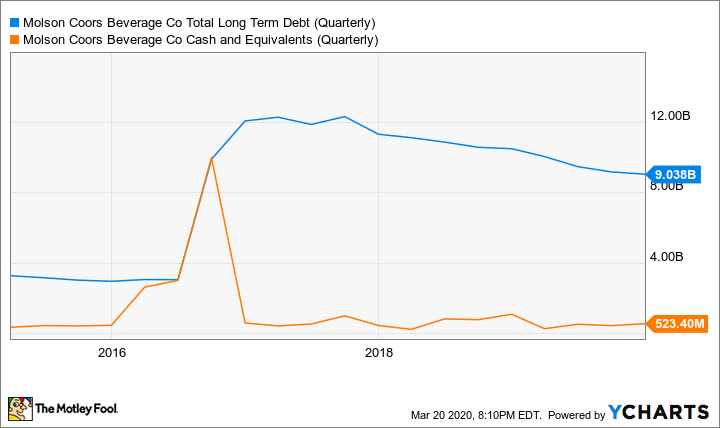 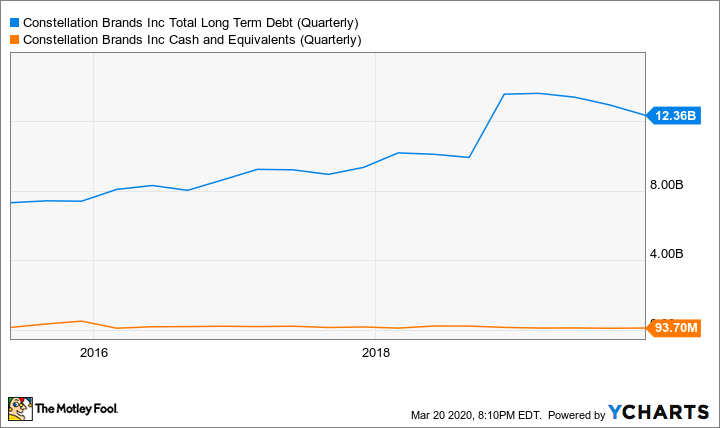 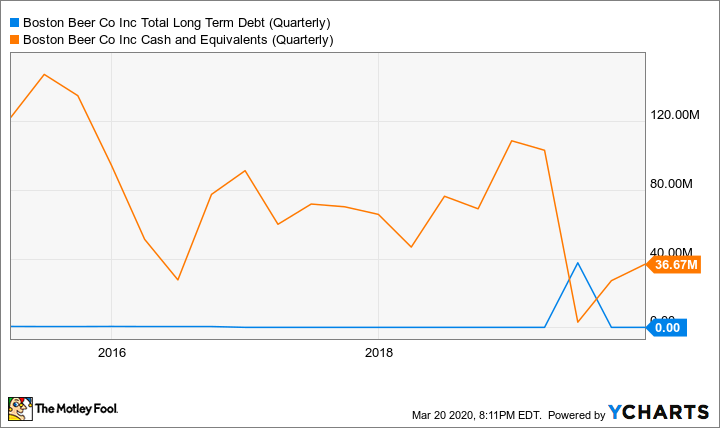 From one business owner to another

If you're a craft brewer, it looks like things could get rough for the industry, but hang in there if you can. Take what has been learned, adapt to changing times as necessary, and keep disrupting things. It's uncomfortable, but surviving -- or even hitting reset -- during poor economic times can forge a stronger business going forward. And the long-term trend favoring craft over mass-produced beer should hold.

Find a way to ride out this downturn to better times. And investors, exercise caution when looking for safe havens to store money. Big beer has gotten bigger since the last recession, but that doesn't mean it's stalwart when under duress.