Let’s rethink what "craft beer" is and why "corporate beer" is in trouble.

Last fall, I visited a Budweiser factory in Fairfield, California, one of the smaller factories among dozens around the world controlled by beer juggernaut Anheuser-Busch InBev ( BUD -1.03% ). Huge scale, hundreds of brands, and tight control on production help megabrewers like InBev run highly profitable operations. The acquisition of regional craft brewers in recent years has, at least in part, helped the company stave off the thousands of brewery and brewpub upstarts that have popped up in the last decade.

Historically, big alcohol producers have been a stable investment strategy in good economic times and bad. But I've been challenged on the thought that historical trends will stand going forward, especially by friends who work in the industry who contend that the golden years of "corporate beer" are over. (After all, even Corona distributor Constellation Brands ( STZ 0.36% ) is getting into the marijuana industry.) I've been touring craft brewing operations since my Budweiser trip with the aim of finding out why. One tour in particular -- Stone Brewing in Escondido, California -- has me recanting prior assertions.

The Brewers Association -- an industry advocacy and analytics group -- sets the bar for what gets the label "craft" beer. It boils down to three criteria:

Stone Brewing easily fits the bill; 2017 annual production was about 400,000 barrels, making it only the eighth-largest craft brewer in the U.S. Cranking out the equivalent of 22 million six-packs a year is still an impressive feat, though -- enough to justify an in-house water reclamation facility and a laboratory for quality control. Such luxuries are out of reach for your local brewpub or micro-brewer, but it still doesn't exclude one from the "craft" definition. 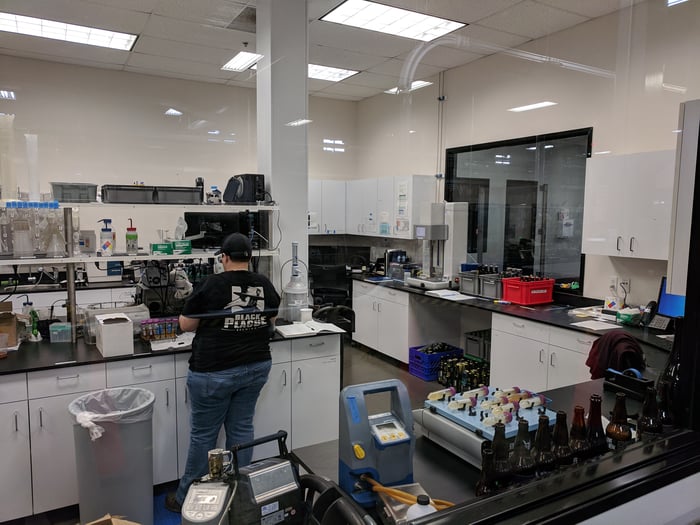 Besides, the way Stone Brewing sees it, craft is really about ingredients and the fermentation process. The company's gargoyle mascot and marketing ward off evil spirits of the industry like cheap filler, pasteurization, and chemical additives. Such things helped Budweiser and friends grow into the worldwide money-printing machines they are today, but Stone and others think there is a better way to achieve profitability.

Craft is super profitable, too

Whatever your definition of craft, Stone's mantra underscores what many beer consumers really want: higher quality, creative flavors, and more choices. Global conglomerates like AB InBev have readied for war on the premise that industry consolidation (like the company's 2016 megamerger with SABMiller) could help them control pricing and profit margins in the face of competition from upstarts. That hasn't exactly panned out. AB InBev's growth has stalled and its profit margin hasn't increased as much as expected.

Part of the reason is the overwhelming support American beer drinkers have given to small brewers. There were 1,574 brewers nationwide a decade ago, compared to 6,372 at the end of 2017. That number shows no sign of going in reverse anytime soon. The rising tide has floated local start-ups and regional brands alike, and it has put pressure on big beer makers. According to the Brewers Association, the volume of national beer sales fell 1.2% in 2017, but craft beer volume increased 5%.

Many have argued -- myself included -- that high profit margins could help corporate beer volley the ball back into craft's side of the court by a combination of cost cutting and buying out successful smaller competitors, but that hasn't happened. As regional brewers like Stone have grown, they too have become very profitable enterprises.

I wasn't able to get any specific numbers, except that gross margin is in the ballpark of 60%. If that's true, it puts the company on par with InBev and others. Either way, as a result of continued consumer migration elsewhere, InBev and other megabeers have had to increase operating expenses (like marketing spend) just to try and maintain the volumes they already sell. Meanwhile, high profit margins at smaller brewers like Stone are allowing them to invest in expanding their distribution across the States to steal market share from the incumbents. 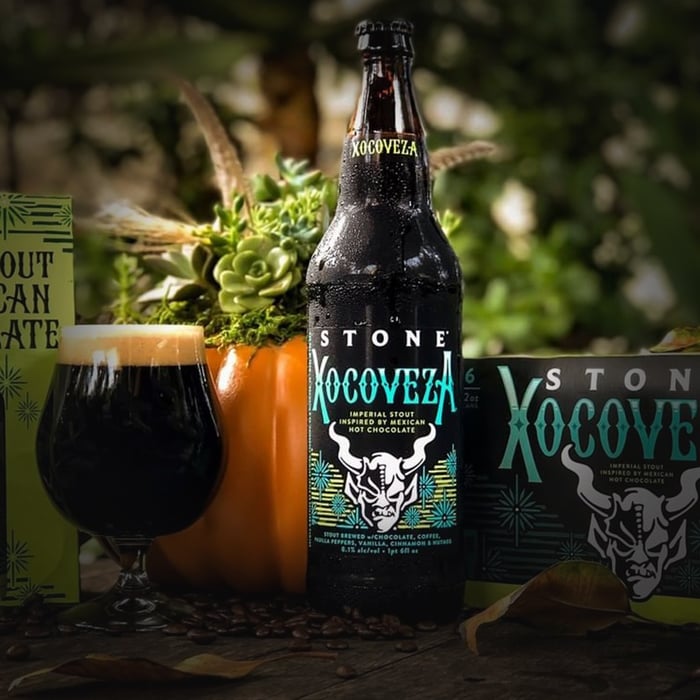 With the winds of change blowing in the U.S., regional brewers are now turning their attention overseas -- a region still viewed as a bastion of hope for big beer makers, due to entrenched drinking habits and higher barriers to entry.

However, exporting beer is tricky for smaller operations. To ensure that flavors don't change from what was originally intended, beer has to stay refrigerated throughout its journey to your fridge at home. That means cold trucks and ships where the temperature is maintained and monitored. That can drive up retail prices. Big brewers have operations all over the world, so shipping and logistics is less of an issue, giving them a substantial competitive advantage.  As a result, the Brewers Association says that only 1.9% of craft production was shipped overseas last year (up 3.6% from the year prior). However, some of the regional craft brewers like Stone Brewing think they may have cracked the code.

More brewing operations, both self-funded and through private investment, have been popping up to keep pace with demand. Stone, for example, has built a second U.S. facility in Richmond, Virginia, as well as a brewing operation in Berlin, Germany, in the last few years. The company has also opened a tap room in Napa, California, and one in Shanghai, China: the first ever opened by an independent craft brewer across the Pacific.

Stone has been able to expand through private investment. It has also founded its own craft beer investment fund with the goal of helping small producers avoid selling out to the big boys. Thus, spreading the "better beer" gospel doesn't have to be about exports. Opening up shop directly in an international target market could be the key going forward.

Whether those aspirations pay off or not could be irrelevant to craft beer's future success overseas, though. Drawing inspiration from the U.S., many enterprising individuals in other countries are imitating the American craft movement -- like the two other brewers I've toured recently, Twa Dogs brewing and distilling in Victoria, B.C., Canada; and 2016 World Beer Cup gold medalist Pasteur Street Brewing in Ho Chi Minh City, Vietnam. After all, the boom in the U.S. is proof that all one needs is a home-brewing kit and a little ingenuity to go into business.

Perhaps you're now thinking of ways to invest in the craft beer craze, but that's difficult to do. The vast majority of these companies are private -- and plan to stay that way. The takeaway for investors could be summed up by listing not what you should buy, but rather what you shouldn't buy. The craft explosion is expanding and just getting started on the world stage. The headache for corporate beer that started in the U.S. could soon turn into a full-blown global crisis in the years ahead.