At best, the chart-based technical analysis clue has a spotty track record. Just don't close your eyes to the possibility that it does sometimes foretell of trouble.

The name sounds ominous enough. Indeed, against the backdrop of the coronavirus pandemic, the so-called "death cross" the Dow Jones Industrial Average (^DJI -1.56%) and its corresponding ETF -- the SPDR Dow Jones Industrial Average ETF (DIA -1.60%) -- just dished out seemingly makes matters even worse than they already are. A slew of analysts are convinced a recession is already upon us, making a prolonged bear market inevitable.

What if, however, these death crosses are more bark than bite?

As it turns out, they are. While they have certainly marked the onset of bear markets in the past, more often than not they don't. Indeed, history has shown that death crosses are usually great buying opportunities. This one may be one of those times ... or it may not be. Mostly though, such technical events probably shouldn't be part of your investing repertoire at all. 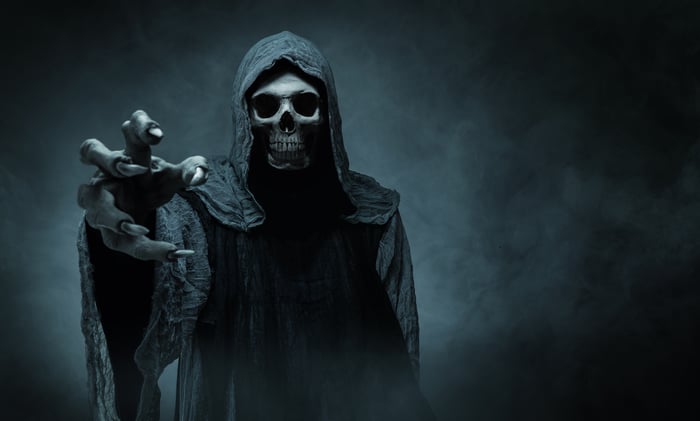 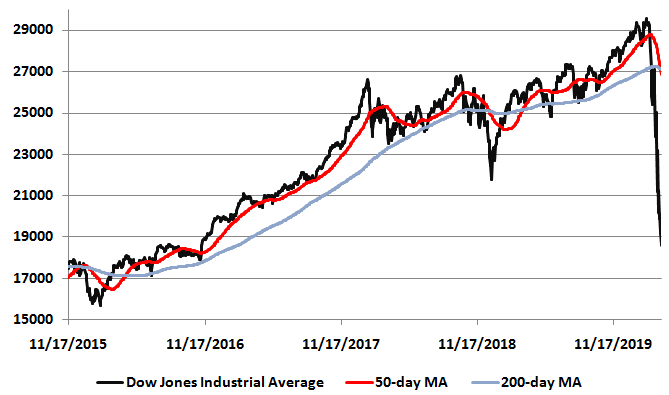 Except that history doesn't necessarily support the thesis.

The table below tells the tale. For the past 17 death crosses for the Dow, the Dow was higher within a month eight times, within three months 13 times, and after six months 11 times.

Respect history, but respect the possibility too

This isn't to suggest last week's fresh death cross is something to shrug off. The indicator's track record may be spotty, but it did foretell trouble in 2001 and then again in 2002, and once again in 2008. When it's right, it's really right.

It's also difficult to deny the ripple effect of the coronavirus outbreak is directly impacting the economy. Every day the contagion is allowed to grow rather than be curbed, workers are displaced and opportunities to drive revenue are lost. The longer it persists, the deeper the hole the global economy digs its way into. Never mind the fact that we're arguably overdue for a recession anyway.

The point is, we just don't know, and no graphical representation of the Dow's price history can take into account all the other unknowns in play right now.

If this isn't the end of economic growth, though, there certainly are plenty of stocks trading at bargain prices.