Warren Buffett loves bargains. And he has plenty of bargain stocks to choose from these days. So do you.

In fact, investors can find a lot of stocks priced attractively within the holdings of Buffett's Berkshire Hathaway (NYSE:BRK.A) (NYSE:BRK.B). Nearly every stock in Berkshire's portfolio is down by at least 20% from their highs earlier this year, with some of them sinking a lot more than that in recent weeks.

Three stocks that Buffett has bought in the past that currently trade at much lower valuations are Apple (NASDAQ:AAPL), Mastercard (NYSE:MA), and Teva Pharmaceutical Industries (NYSE:TEVA). Should you invest in these Buffett stocks at discount prices? 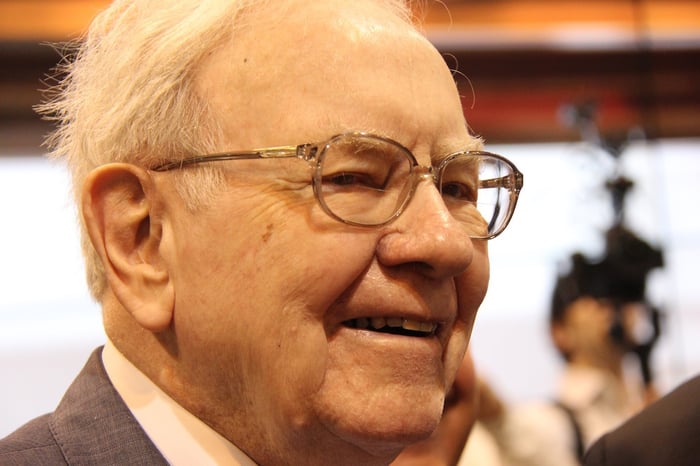 Apple ranks as Berkshire's top holding. Buffett stated recently that he doesn't even "think of Apple as a stock" but instead sees the technology leader as Berkshire's "third-largest business." And this business is now 25% cheaper than it was just a few weeks ago.

There are several reasons why Apple's share price has plunged. The company has significant exposure to China, which was hit hard by the coronavirus pandemic. Much of Apple's manufacturing is done in China, and the country is home to its second-biggest consumer market. The company has also closed its Apple stores across most of the world as a result of the COVID-19 outbreak.

But Apple looks like a great Buffett stock to buy right now. The company has a massive cash stockpile that will enable it to weather the temporary crisis. Apple has even already reopened its retail stores in China. The company is likely to follow suit in other areas within the next couple of months after the numbers of new COVID-19 diagnoses decline.

Apple's long-term prospects remain very good. Its services and wearables businesses continue to grow rapidly. The expansion of high-speed 5G wireless services will almost certainly create significant demand for new 5G-equipped iPhones and iPads. I think that now is the best time in quite a while to take a bite out of Apple.

Berkshire owns close to 5 million shares of Mastercard stock, which isn't a huge position in comparison to some of its other holdings. That might be seen as a good thing by some, considering that Mastercard's shares have fallen more than 30% from their highs in early February. However, I think that Mastercard deserves more credit from investors (pun fully intended).

To be sure, Mastercard's business will take a big hit from the coronavirus pandemic. The company has already lowered its first-quarter revenue guidance, due to the impact of the outbreak. A major drop in travel will especially hurt Mastercard's transaction-fee revenue.

However, the fundamentals of Mastercard's business remain strong. As the dark clouds of the COVID-19 crisis move past, travelers will begin traveling again and consumers will begin spending more. Mastercard will bounce back.

Even better, the company's opportunities over the next decade continue to be outstanding. Internet commerce will be a major growth driver for Mastercard for a long time to come. Most digital wallet platforms in North America and Europe rely on the payment networks operated by Mastercard and its top rival, Visa. My prediction is that a couple of years from now, people will look back in hindsight and acknowledge that Mastercard was one of the best Buffett stocks to buy during the market downturn.

It's likely that Warren Buffett didn't personally make the decision for Berkshire to buy shares of Teva. However, the drugmaker seemed like it could be a bargain when Berkshire's regulatory filing reported a stake in Teva, which was first announced in early 2018.

Now, many investors could view the pharma stock as an even bigger bargain. Teva's shares have plunged nearly 40% from the highs set earlier this year. The stock trades at a super-low 3.4 times expected earnings and 66% of its book value.

This really low valuation could be appealing. So could the fact that sales of Teva's drugs shouldn't be impacted very much by the coronavirus pandemic. There's a pretty good argument to be made that Teva should rebound nicely in the not-too-distant future.

While investing in Teva is tempting, though, this is one Buffett stock that I'm still leery of buying. The drugmaker's debt load remains very high and the company still faces significant headwinds from declining sales of multiple sclerosis drug Copaxone due to generic competition.

I think there are better picks to invest in right now with much lower risk levels.