Please ensure Javascript is enabled for purposes of website accessibility
Log In Help Join The Motley Fool
Free Article Join Over 1 Million Premium Members And Get More In-Depth Stock Guidance and Research
By Will Healy - Mar 25, 2020 at 10:54AM

Softbank (SFTBF 0.12%) reacted swiftly to its debt downgrade from Moody's. The Japanese conglomerate demanded that the ratings company remove all debt ratings on the company after Moody's downgraded Softbank's debt by two notches, sinking it deeper into junk territory.

Softbank has come under fire recently over its debt load, which has risen to more than 12.2 trillion yen ($109.5 billion). This worry sent Softbank stock plunging, until a recently announced plan to sell $41 billion in assets to pay down the debt sparked off a rally.

Nonetheless, what seemed to placate stock investors did not sway Moody's. Now, Softbank's debt rating stands at Ba3, down from Ba1. This followed a similar move by S&P Global earlier this month. S&P cut its outlook to negative on Softbank over plans for a stock buyback. Also, in December, Softbank reported its largest quarterly loss in 14 years. 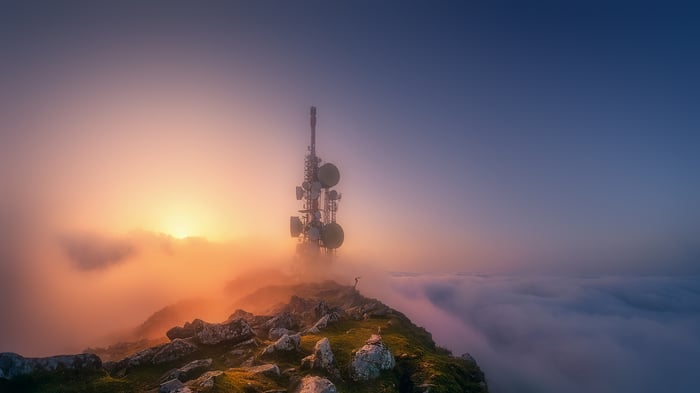 Moody's seemed to react negatively to Softbank's asset sale strategy. In the downgrade, they cited an "aggressive financial policy" as the reason for the rate cut. They also questioned the rationale for an asset sale in the current market. Due to the fears surrounding COVID-19, the S&P 500 has fallen by more than 26% in the last five weeks.

Softbank shot back, saying Moody's based their decision on "excessively pessimistic assumptions regarding the market environment and misunderstanding that SBG will quickly liquidate assets without any thorough consideration."

The company had also explored options to go private with Elliott Management and Mubadala, an Abu Dhabi-based sovereign investment vehicle, according to a report from The Financial Times. After these discussions, which included Softbank founder and CEO Masayoshi Son, they decided on the plan to sell assets and to increase share buybacks to 2.5 trillion yen ($22.43 billion).

Softbank has not identified which assets it will sell. However, analysts speculate that they will sell shares in Sprint, Alibaba, and a mobile unit that trades on the Tokyo exchange.