Please ensure Javascript is enabled for purposes of website accessibility
Log In Help Join The Motley Fool
Free Article Join Over 1 Million Premium Members And Get More In-Depth Stock Guidance and Research
By Adam Levy - Mar 25, 2020 at 8:15AM

What will you watch when there's nothing new on TV because the coronavirus has shut down most studio production?

Television and film productions have been halted to help limit the spread of the novel coronavirus. Meanwhile, theaters have closed their doors. While many TV studios have various series completed and ready to air, a prolonged production suspension could create a dearth of new TV and films in the second half of the year. At the same time, Hollywood's top talent along with other top performers are stuck at home, and many may be itching for a creative outlet. Others may be looking to supplement their income while they're put out of work.

With productions shut down, both talent and consumers may turn to social media to consume more user-generated content. "More of the new content, if staying at home lasts months -- and I think it will -- will come from people and not studios over time," Adam Mosseri, the head of Instagram, told Dylan Byers in an interview on NBC. Byers suggests that an increase in user-generated material could benefit all players in social media, including Facebook (META 2.03%) (Instagram's parent company), Alphabet's (GOOG -0.28%) (GOOGL -0.27%) YouTube, Amazon's (AMZN 1.42%) Twitch, and TikTok.

And with most sports also suspended -- one of the biggest sources of ad revenue for television networks -- it could be a perfect storm for accelerating the shift in ad spend to digital video, creating a big win for Facebook and YouTube. 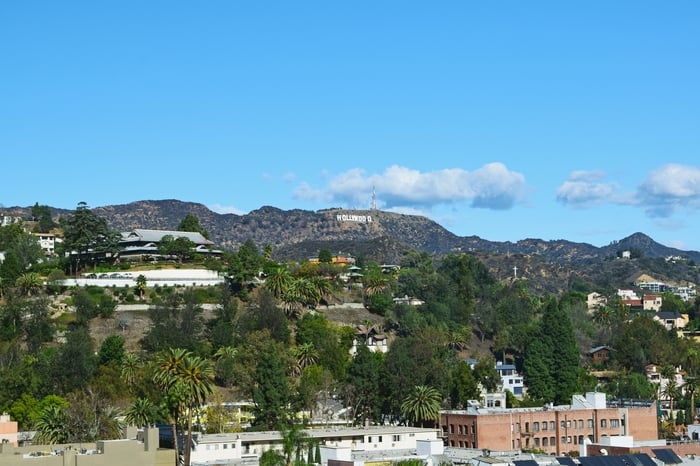 Facebook, YouTube, and Twitch all offer an easy way for users to start streaming live content. That can have a lot of uses, and many people and organizations have discovered just how useful live streaming can be. It might be something as simple as sharing your day with friends on Facebook, or hosting religious services on YouTube, or rescheduling a concert performance as a Twitch stream.

A lot of people are sticking with the original functionality of platforms such as Twitch and YouTube Gaming -- streaming video games. Live-streaming hours for Twitch and YouTube increased by 10% and 15%, respectively, last weekend as more consumers stayed indoors.

Live content is in high demand as it's a more social experience. It's something everyone else is consuming at the same time. You can interact with other streamers as well as the person doing the live-streaming, and it can act as an alternative to in-person meetups while practicing social distancing.

Creating a hit YouTube video or TikTok doesn't take a big budget. Consumers demand top-quality productions from television, but a short, low-budget, self-produced video might be even more popular than top TV shows on the internet.

That's a big appeal for many creators. "People really feel like they have an opportunity to break [out and be trendy]. You can just sort of make it on TikTok," Mosseri said. He admits that Instagram, the company he runs, is a much better platform for growing and amplifying an existing audience.

However, even professional creators can use YouTube or Facebook to engage their audiences without spending a lot on production. And with the revenue-sharing agreements on those platforms, it could be a good opportunity for some to create a meaningful income.

The opportunity for users and platforms

Television advertising is still a $70 billion industry in the United States. But ongoing social distancing efforts could lead to an acceleration in cord-cutting and a shift in time spent to streaming.

Ad dollars are always slow to follow eyeballs, but with many sports leagues canceling big games, many marketers suddenly have considerable room in their budgets to be more experimental. And with the surge in ad-supported streaming, marketers could see very strong returns on their ad spend if they're quick to act.

That said, the macro-economic pressure caused by coronavirus could limit marketer's spending entirely. Still, if marketers are forced to cut back, they may still shift the overall percentage of their spending that goes toward digital video platforms. And when marketing spend ramps back up, it's likely to stick with big tech platforms such as Facebook and YouTube, among other hubs for user-generated content.