Please ensure Javascript is enabled for purposes of website accessibility
Log In Help Join The Motley Fool
Free Article Join Over 1 Million Premium Members And Get More In-Depth Stock Guidance and Research
By Adam Levy - Mar 20, 2020 at 11:00AM

These two industries are benefiting the most from people staying at home.

The best strategy we have to curb the spread of the novel coronavirus is self-isolation. Governments in China, Italy, Spain, France, and the state of California have already mandated lockdown or shelter-in-place policies to keep people from going out in public unnecessarily.

That means a lot more time spent at home these days -- and considerable behavior changes. While restaurants and bars are certainly hurting, other companies are benefiting as consumers spend more time with their products and services. 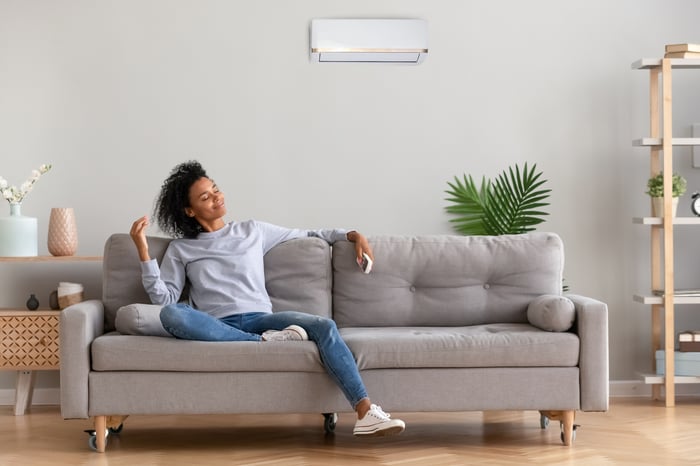 One of the biggest beneficiaries of people staying home and distancing themselves from friends is the video game industry. Gaming usage increased 75% during peak hours since quarantine practices were put in place in the U.S., according to data from Verizon.

Gamers can play with each other over the internet and use headsets to communicate, providing a bit of social activity while staying isolated.

Activision Blizzard (ATVI -0.26%) is one of the companies benefiting most from more gamers. It just released Call of Duty: Warzone, a new free-to-play battle royale game in the popular franchise. The timing is fortuitous for the company as consumers seek novel entertainment and social interaction during a period when options for both are sparse. Activision says 15 million people played the game within three days of its March 11 release.

Don't discount mobile gaming, though. More people play video games on their smartphones than on dedicated consoles or PCs. Activision also has a considerable stake in mobile gaming. Revenue from mobile games generated 25% of the company's total sales last year. Over one-quarter of that mobile-based revenue is from selling ads, which makes it a less-certain source of revenue amid a potential economic downturn than increased console and PC gaming.

Other mobile game makers like Zynga (ZNGA -2.04%) have held up well amid the market tumult. The company is less reliant on advertising revenue, which accounted for just 21% of sales last year, and creates ultrapopular games like Words With Friends and Empires & Puzzles.

Another favorite indoor activity for many is watching TV. But with sports leagues canceling shows and talk shows suspending production, more people are turning to other forms of television entertainment. That means streaming.

Indeed, streaming hours increased 12% by Verizon's measure, and were up 20%, according to research from Wurl.

Netflix (NFLX 0.58%) has been a big winner of time spent streaming, as has Amazon's (AMZN -0.03%) Twitch, a live-streaming platform specializing in gaming. Netflix installs in Italy and Spain leaped 57% and 34%, respectively, last week, according to data from SensorTower. Twitch viewership increased 10% last week, according to StreamElements.

Twitch and other ad-supported streaming services may see a bigger immediate benefit than subscription services like Netflix. Ad-supported services' revenue is more closely tied to time spent streaming since that means they can show more ads. But if consumers are spending less on going out to restaurants and bars or attending concerts and sports events, they may be willing to spend more on subscription video entertainment. That could provide a longer-lasting benefit to subscription services as consumers get used to having the new services they sign up for.

It's worth noting that Verizon says social media usage hasn't increased. I expected Facebook (FB 1.39%) to see the benefit of increased engagement as consumers look to it to stay connected with friends, as well as as a source for news about the ongoing spread of COVID-19 and the impact on their communities.

But the proof of increased engagement doesn't go beyond anecdotal evidence. It may just be that consumers are shifting their time spent on Facebook, which is already an absurd amount of time per day, to focus more on connecting with their community and staying informed instead of scrolling through the News Feed as a distraction. Management will likely have something to say during next month's earnings call.

Investors looking for safer investments during the ongoing market volatility may do well to load up on gaming and video-streaming stocks.