Please ensure Javascript is enabled for purposes of website accessibility
Log In Help Join The Motley Fool
Free Article Join Over 1 Million Premium Members And Get More In-Depth Stock Guidance and Research
By David Haen - Mar 26, 2020 at 6:36AM

Take advantage of a declining stock price for this soon-to-be-acquired company.

Behemoth biotech Gilead Sciences (GILD -0.99%) announced on March 2 that it will acquire up-and-coming cancer drug developer Forty Seven (FTSV) for $4.9 billion. Biotech investors had been calling on Gilead to make strategic moves like this to shore up prospects in the wake of declining sales of its blockbuster hepatitis-C franchise. 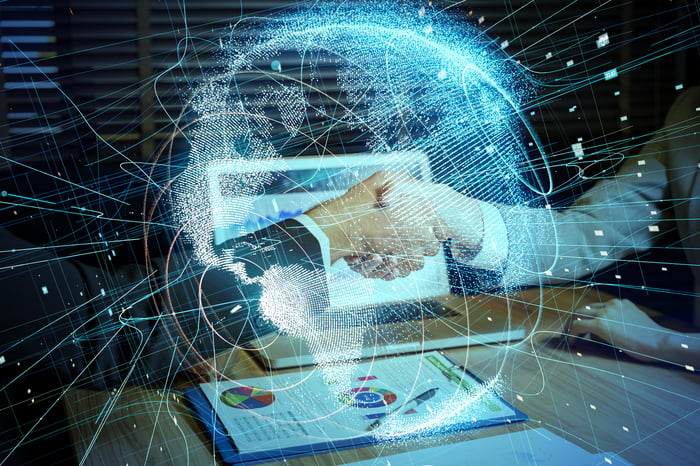 Gilead made waves in 2017 when it announced an $11.9 billion agreement to buy Kite Pharma, a cell therapy specialist focused on immuno-oncology. With shuffling of management at Gilead over the past few years, investors have been watching for the new team to leave its mark.

Gilead agreed to pay Forty Seven $4.9 billion, or $95.50 per share in cash. The companies expect the transaction to close in the second quarter. Importantly for investors, the offer is not subject to any financing condition. As of Dec. 31, Gilead had $28.5 billion in cash on its balance sheet. That's an ample amount to cover this acquisition.

Forty Seven provides Gilead with a pipeline of therapeutic antibodies in the hot immuno-oncology arena. The company's name pays homage to its research focus on targeting CD47, a "do not eat me" signal expressed by cancer cells that prevents the immune system from recognizing and destroying those cells.

Magrolimab, the company's lead anti-CD47 drug and potentially a first-in-class therapy, is currently being tested in a variety of blood cancers. Forty Seven presented promising phase 1b data last December at the American Society of Hematology annual meeting. In patients with myelodysplastic syndrome (MDS) and acute myeloid leukemia (AML), treatment with magrolimab in combination with the approved drug azacitidine produced an objective response rate of 92% for the MDS cohort and 64% for those with AML. Importantly, the complete response rate, meaning undetectable disease, was 50% and 41% for patients with MDS and AML, respectively.

The drop this week in Forty Seven's stock is minor compared with what's going on in the broader market. After the announcement at the start of March, the stock skyrocketed to the $94 range, a slight discount to the buyout offer. But in the past few days, it has dropped below $90.

There's a specialized investment strategy called "merger arbitrage" that aims to capitalize on market-moving buyouts and mergers. This strategy looks for discrepancies between the current prices of the stocks involved and the announced deal price, and it can include buying one of the stocks in a merger and selling the other. The sophisticated models behind this strategy also account for risk that the transaction falls apart or is delayed, and funds often use it in combination with leverage (borrowed money) to increase their returns.

Forty Seven's stock may be dropping because a leveraged merger arbitrage or hedge fund has been forced to liquidate in the current market conditions. Funds sometimes need to sell indiscriminately if the fund investors seek to redeem their capital.

If you believe that Gilead will complete the acquisition in the second quarter as planned, then buying the stock in the high $80s is a no-brainer. In three months or less, Gilead will buy your shares for $95.50. As I write this, Forty Seven's stock sits at $89.10. The near-term gain of $6.40 per share equates to a 7.2% return. I think most investors would clamor for that in the current economic climate.

Alternatively, if you believe the acquisition will be delayed or called off, then the selling pressure makes sense. Gilead's immediate focus appears to be testing of its antiviral Remdesivir as a treatment for COVID-19. Will that divert attention from Forty Seven? To a degree, yes, but not enough to derail the transaction, making Forty Seven a pretty safe bet at this point.

Forty Seven's stock has soared by more than 408% over the past year. Look to buy shares on any dips to participate in squeezing the remaining returns out of this stock before it's gone.