Please ensure Javascript is enabled for purposes of website accessibility
Log In Help Join The Motley Fool
Free Article Join Over 1 Million Premium Members And Get More In-Depth Stock Guidance and Research
By Jon Quast - Mar 26, 2020 at 7:40AM

Not all restaurant chains can weather the coronavirus storm.

For Denver-based restaurant concept Punch Bowl Social, the economic shutdown caused by the COVID-19 pandemic may be too much to handle. After the restaurant closed all locations and laid off its workers, creditors provided notice to parent company PBS Holdco declaring a default on its credit facility. Cracker Barrel (CBRL 4.30%) owns 58.6% of PBS Holdco.

PBS Holdco's creditors asked that Cracker Barrel pay what was due and guarantee future repayment of debt. However, in an SEC filing from March 25, Cracker Barrel stated it's walking away from its Punch Bowl Social investment, leaving it with a bleak outlook. 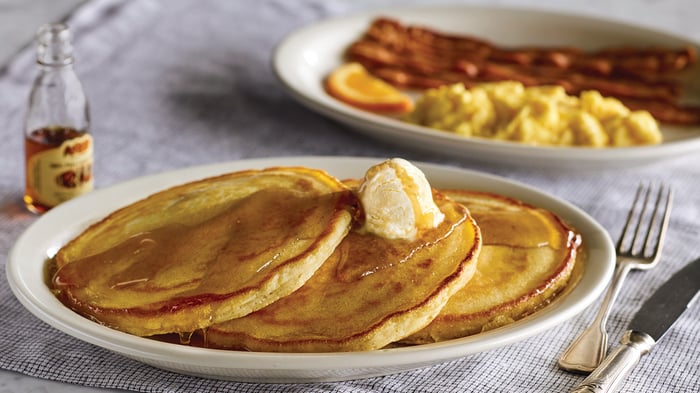 Punch Bowl Social was designed to be an experience restaurant brand -- one with made-from-scratch food but also social games. In July 2019, Cracker Barrel announced it was spending up to $140 million to acquire a non-controlling stake in the concept, hoping that it would provide a vehicle to expand into different markets and demographics. However, less than a year later, the experiment has ended.

It's a grim reminder of the challenges facing restaurant companies right now, as the coronavirus outbreak has virtually eliminated all dine-in restaurant traffic. All Cracker Barrel locations remain open with pickup and delivery options. But a major part of its business is its store merchandise, which likely isn't seeing much e-commerce sales volume at the moment. No doubt, the company will struggle until its doors can fully reopen. In light of these tough times, Cracker Barrel has suspended its dividend, suspended share repurchases, and borrowed the remaining $490 million on its existing credit facility.