Thousands of ventilators could begin shipping next month, GM said.

General Motors (GM 2.95%) and hospital ventilator maker Ventec Life Systems said today that GM is preparing to mass-produce Ventec-designed ventilators at a factory in Kokomo, Indiana, and the GM-built ventilators could begin shipping in April.

GM says it is bringing back about 1,000 furloughed factory workers to build the ventilators. The Indiana factory will "quickly" ramp up to produce 10,000 ventilators per month. It can be scaled up further if needed, the companies said.

At the same time, Ventec is "taking aggressive steps" to increase ventilator production at its factory in Bothell, Washington, according to the statement.

The statement from GM and Ventec followed a series of tweets by President Donald Trump, in which he lashed out at GM and rival Ford Motor Company (F 1.80%) for not moving quickly to manufacture ventilators.

As usual with "this" General Motors, things just never seem to work out. They said they were going to give us 40,000 much needed Ventilators, "very quickly". Now they are saying it will only be 6000, in late April, and they want top dollar. Always a mess with Mary B. Invoke "P".

General Motors MUST immediately open their stupidly abandoned Lordstown plant in Ohio, or some other plant, and START MAKING VENTILATORS, NOW!!!!!! FORD, GET GOING ON VENTILATORS, FAST!!!!!! @GeneralMotors @Ford

Earlier, The New York Times reported that the announcement of the joint venture between GM and Ventec, originally set for Wednesday, was postponed after the Federal Emergency Management Agency asked for more time to assess whether the estimated $1 billion cost of the ventilators was prohibitive. 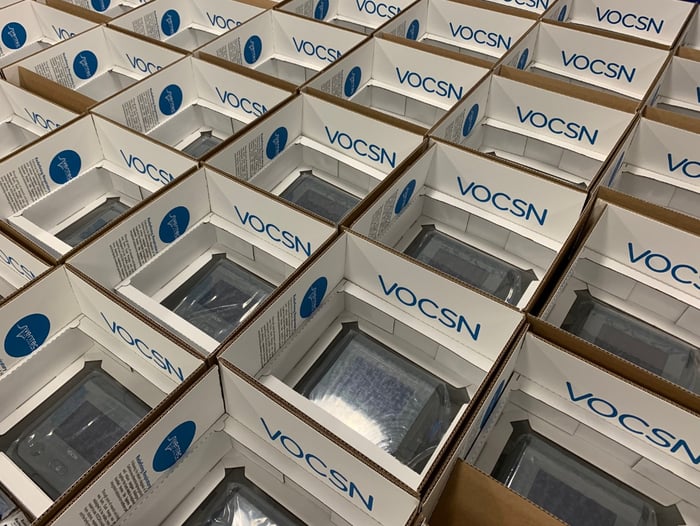 GM is ramping up to make 10,000 of Ventec's VOCSN ventilators per month. Image source: General Motors.

U.S. hospitals are running critically short of ventilators as the COVID-19 pandemic spreads throughout the country. Ventilators help severely afflicted patients continue to breathe while their bodies fight off the virus.

Hospitals in New York City, the current U.S. epicenter of the pandemic, are overwhelmed with COVID-19 patients and running short of available ventilators. New York Gov. Andrew Cuomo said that the state will need 30,000 to 40,000 more ventilators to meet the needs of an expected wave of COVID-19 patients.