The big four banks aren't exactly ending the week on a positive note.

After its first multiday rally since early February, the stock market is in the red on Friday. As of 11:30 a.m. EDT, the Dow Jones Industrial Average and the S&P 500 benchmark indexes were both down by about 3%. 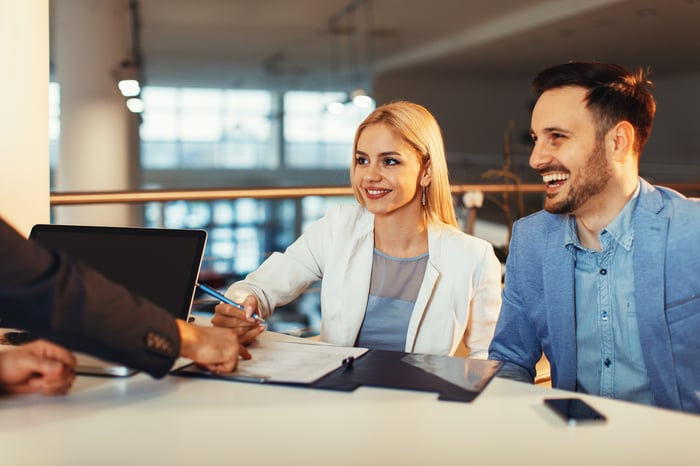 After the relatively strong market sentiment of the past few days, it appears that coronavirus recession concerns are back on investors' minds. Recessions lead to a decrease in demand for loans, and typically produce an uptick in delinquencies and charge-offs on existing loans as consumers struggle to pay their bills.

It's also important to note that interest rates are falling today, with the benchmark 10-year Treasury yield down by more than 6 basis points to less than 0.75%. Since banks make money by charging interest on loans, lower rates are generally a negative catalyst.

We're certainly in a recession, but the key questions on bank investors' minds are how long it will last, how deep it will be, and will the stimulus package enable consumers to keep paying their bills. Until we start to get some clarity on those things, volatility isn't likely to go away anytime soon.