Please ensure Javascript is enabled for purposes of website accessibility
Log In Help Join The Motley Fool
Free Article Join Over 1 Million Premium Members And Get More In-Depth Stock Guidance and Research
By Scott Levine - Mar 27, 2020 at 10:13AM

The U.S. Space Force has risen to new heights thanks to Boeing and Lockheed Martin.

The U.S. Space Force is now operating in space. On Thursday, United Launch Alliance (ULA), a joint venture of Boeing (BA -0.88%) and Lockheed Martin (LMT -0.40%), launched the sixth Advanced Extremely High Frequency (AEHF) communications satellite on an Atlas V rocket at Cape Canaveral Air Force Station. With this final piece in place, the network of AEHF satellites will provide jam-resistant communications capabilities for the U.S. and its allies.

Expressing his gratitude for the mission's success,  Gen. Jay Raymond, Chief of Space Operations, U.S. Space Force, said "From our acquisition experts at SMC, to the satellite developers at Lockheed Martin, to the aircrews at Air Mobility Command, and our range support teams at the 45th Space Wing, we greatly appreciate the collaboration with the ULA team who all contributed to this historic, first National Security Space launch under the U.S. Space Force." 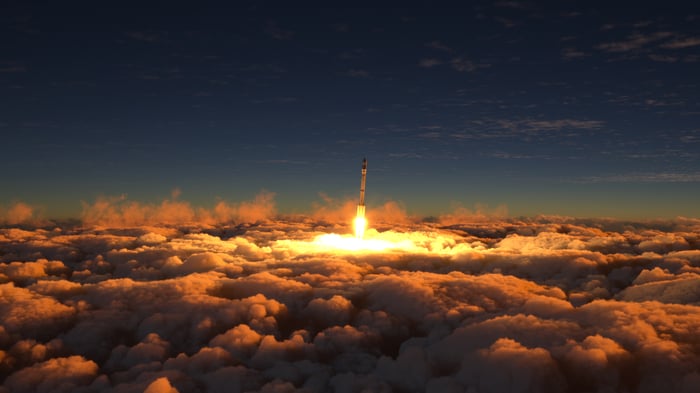 Established within the U.S. Air Force, the Space Force, the newest branch of the U.S. military , was established in December 2019. According to its website, the Space Force is "a military service that organizes, trains, and equips space forces in order to protect U.S. and allied interests in space and to provide space capabilities to the joint force."

Yesterday's launch represents the 83rd successful launch of an Atlas V rocket and the 138th launch for ULA. The ULA's next scheduled launch for the U.S. Space Force is in May.