These were fueled by a 44% rise in the number of prescriptions.

Medical marijuana in Germany, one of the world's top markets for that form of the drug, experienced a boom in 2019. Quoting statistics from the country's National Association of Statutory Health Insurance Funds, Marijuana Business Daily said that insurance companies reimbursed German patients 123 million euros ($136 million) that year for cannabis as medicine. That was 67% higher than the 2018 figure. 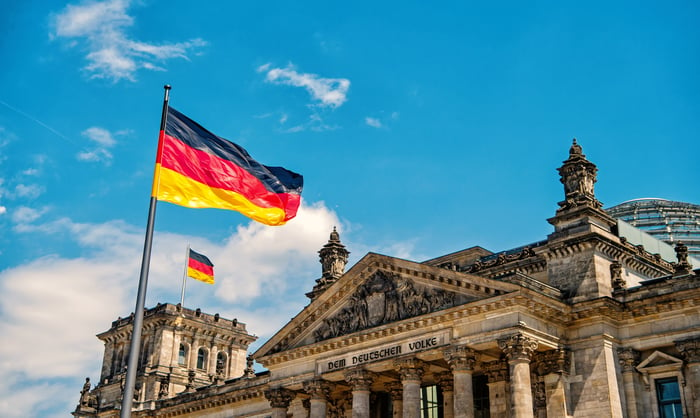 This is despite the fact that major foreign supplier Aurora Cannabis (ACB -3.65%) was not active on the market. In November, Germany suspended Aurora's sales activity, apparently due to issues with its licensing. Those issues have since been rectified, and the marijuana company is again selling product.

Germany is a fairly new arrival on the global medical marijuana scene. The country's parliament legalized it in 2017, and it came into force in March of that year. Even now, however, Germany is one of the few European countries that has legalized any form of cannabis, although several have decriminalized recreational use and sale.

On Friday, Aurora shares rose nearly 14% while the broader stock market indexes sank by single-digit percentages. Most likely, this is not due to the news out of Germany; instead, investors are optimistic that state governments desperate for cash after the coronavirus outbreak subsides will legalize at least some form of marijuana (that is, if they haven't done so already).