Please ensure Javascript is enabled for purposes of website accessibility
Log In Help Join The Motley Fool
Free Article Join Over 1 Million Premium Members And Get More In-Depth Stock Guidance and Research
By Leo Sun - Mar 28, 2020 at 10:30AM

China’s top search engine faces an uphill battle, but its growth could improve in the second half of the year.

Baidu's (BIDU -1.03%) stock has tumbled about 40% over the past 12 months as it has struggled with China's economic slowdown, competition from rival platforms, and the novel coronavirus (COVID-19) outbreak that started in late 2019.

My position in Baidu, which I've held for about three years, is still underwater. However, I recently accumulated more shares of the Chinese tech giant during the market downturn, for four simple reasons.

1. The Chinese economy is coming back online

China's coronavirus infection rates have decelerated over the past month, and many companies are coming back online. Baidu's data from mid-March shows that over 50% of businesses across multiple cities have resumed operations, with the highest resumption rates in the financial, automotive, food, hospitality, and retail sectors. 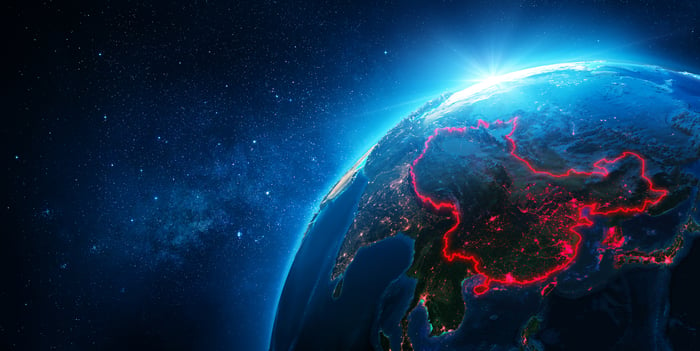 Recent reports from Starbucks and Yum China, which both recently reopened 95% of their Chinese stores, support that data. The Chinese economy remains fragile, but its recovery could spark stronger ad sales on Baidu and other major platforms.

Baidu struggled with soft ad spending in the gaming, fintech, and healthcare markets last year. However, the gaming and fintech markets -- which were both previously hit by tighter government regulations -- fared well throughout the crisis.

Tencent (TCEHY -1.79%) and NetEase both generated robust gaming revenue in their latest quarters, and their top games remained popular throughout the lockdowns in February. The coronavirus crisis also forced China to burn paper currency to stem infection rates, which highlighted the importance of digital payment and fintech platforms. The resilience of China's gaming industry and relaxed restrictions on fintech companies could generate fresh tailwinds for Baidu's ad business.

Baidu's revenue from healthcare ads dried up after a government crackdown on misleading ads in 2016. However, it launched new telehealth features for its mobile app and a coronavirus outbreak tracker for Baidu Maps to assist residents throughout the crisis. Those features could support the growth of a new healthcare ad business that can endure the scrutiny of the Chinese government.

Baidu expects its revenue to decline 5%-13% annually in the first quarter as it absorbs the impact of the coronavirus crisis, but the rebound in the Chinese economy and its softest ad markets indicates its growth could accelerate in the second half of the year.

3. The expansion of Baidu's app as a WeChat alternative

Throughout the crisis, the Chinese government ordered Tencent to disable accounts for myriad reasons, including discussions of "sensitive" topics or "offensive" statements. Users who lost access to WeChat were locked out of their digital lives, highlighting their overwhelming dependence on the messaging app.

A backlash against WeChat could send more users to Baidu, which launched a similar ecosystem of Mini Programs for its own mobile app. Baidu stated that monthly active users on its Mini Programs surged 114% annually to 316 million last December.

Baidu is just as exposed to Chinese regulators as Tencent, but users might consider spreading their digital lives across both apps to avoid being cut off by the government over an errant message, photo, or video. That expansion, along with Baidu's growing DuerOS ecosystem for voice-activated searches and commands, could widen the company's moat and reduce its dependence on its core search engine.

4. Higher usage of iQiyi and Baidu Cloud throughout the crisis

Baidu relied on the growth of its streaming video platform iQiyi (IQ 0.26%) to offset its sluggish ad revenue over the past few quarters. That dependence boosted Baidu's revenue but hurt its bottom line since iQiyi still operates at a loss.

However, iQiyi's higher-margin subscription revenue rose 21% annually last quarter as its total number of subscribers grew 22% to 106.9 million. That growth, which offset a 15% drop in its lower-margin ad revenue, narrowed the unit's operating loss.

The lockdown of major Chinese cities throughout the first quarter could significantly strengthen iQiyi's business as quarantined viewers stream more content. If more viewers subscribe, its margins will improve and ease the pressure on Baidu's margins.

Baidu remains a minor player in China's cloud market, but it reported that daily active users on its Cloud Office services rose 50% throughout February. That growth, which coincides with similar upticks at Tencent and Alibaba's comparable services, suggests that Baidu is gaining a toehold in the enterprise productivity market.

Baidu still faces plenty of challenges, including competition from ByteDance, Tencent, Sogou, and other aggressive rivals. However, it still has plenty of irons in the fire, and its stock is trading at historically low valuations. Baidu isn't down for the count yet, and I think it could rebound as its growth accelerates later this year.