The higher up the ladder, the bigger the salary reduction.

In a move intended to help cut costs during the coronavirus pandemic, Disney (DIS -1.38%) executives are taking reductions in pay while the disruption lasts. Executive Chairman and former CEO Bob Iger is leading the way, giving up his approximately $48 million salary for 2020, while other company leaders will take substantial cuts in remuneration.

Freshly elevated CEO Bob Chapek, who has occupied the post for only about a month, will take a 50% pay cut under the plan, which the company announced in a memo Monday morning. The memo didn't indicate if only Chapek's $2.5 million base salary will be halved, or if the measure applies to his $7.5 million annual bonus and $15 million yearly incentive, too, as noted by The Hollywood Reporter. 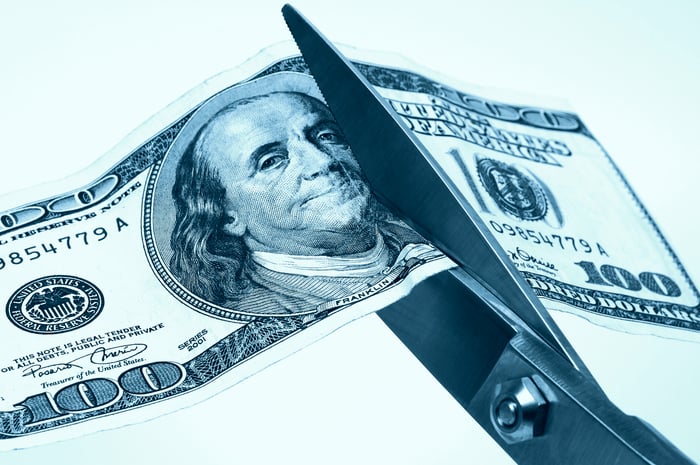 Executive VPs will forgo 30% of their salaries, while senior VPs and VPs will endure 25% and 20% pay cuts, respectively. Disney has slated the reductions to begin on April 5. At lower levels, the media titan plans to keep paying its hourly workers through April 16, though Disney theme parks remain closed.

While the loss of theme park revenues has been a big hit to the company's top line, other aspects of its business have taken hits, too. The coronavirus has caused delays and postponements of filming on a number of projects, affecting another major Disney business unit.

Nevertheless, Chapek praised the dedication of Disney employees in the memo announcing the salary cuts, saying "it gives me renewed confidence that we will come through this crisis even stronger than before, as we have so many times in our company's history."

3 Dates for Disney Stock Investors to Circle in August