Please ensure Javascript is enabled for purposes of website accessibility
Log In Help Join The Motley Fool
Free Article Join Over 1 Million Premium Members And Get More In-Depth Stock Guidance and Research
By Lou Whiteman - Mar 30, 2020 at 11:25AM

The airline's board says it wants to make sure all its shareholders benefit from a potential recovery.

Spirit Airlines (SAVE -0.04%), which has lost 76% of its market cap over the past year, said on Monday that it has adopted a so-called poison pill to block any unsolicited attempts to take it over.

The shareholder rights plan would become exercisable if a person or a group acquires an ownership stake of 10% or more of Spirit in transactions not approved by the board. Such poison pill plans are designed to flood the market with additional shares in the event of a hostile takeover attempt, diluting the would-be acquirer's stake and making it more expensive to accomplish a takeover. 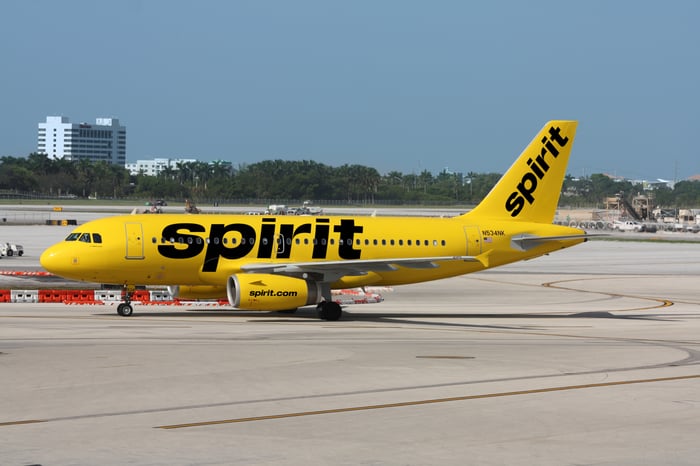 Airlines have been hit hard by the COVID-19 pandemic, which has drastically cut travel demand. Spirit last week said it expects to reduce its capacity by 75% in May compared to its original plans. It's also suspending capital expenditures and pursuing new sources of liquidity in anticipation of declining revenue.

"We are confident in our ability to weather the current environment," said Spirit CEO Ted Christie in a statement, but given the stock's dramatic declines,  the board wanted to be on guard against a large investor going bargain shopping.

"We are adopting the rights agreement to protect against parties seeking to take advantage of the current market environment to the detriment of Spirit and its shareholders," Christie said.

U.S. airlines got a boost last week when lawmakers approved a $50 billion bailout for the industry, but those companies' fates are still in doubt as the pandemic continues to put a drag on the global economy. Spirit is a high-risk, high-reward stock at this moment, with the potential to rebound faster than some of its peers -- if the company is able to survive.