Please ensure Javascript is enabled for purposes of website accessibility
Log In Help Join The Motley Fool
Free Article Join Over 1 Million Premium Members And Get More In-Depth Stock Guidance and Research
By Bram Berkowitz – Updated Apr 1, 2020 at 11:38AM

The 25 largest banks in the U.S. have brought in more than $420 billion in deposits in recent weeks. However, total borrowings have also been growing at a high clip.

Recent data from the Federal Reserve shows that people put more deposits in American banks between Feb. 26 and March 18 than in any single month of 2019.

Deposits at all domestically chartered commercial banks in the U.S. on a seasonally adjusted basis increased by almost half a trillion dollars in that three-week time frame. That's more than deposits rose between February and August of 2019. 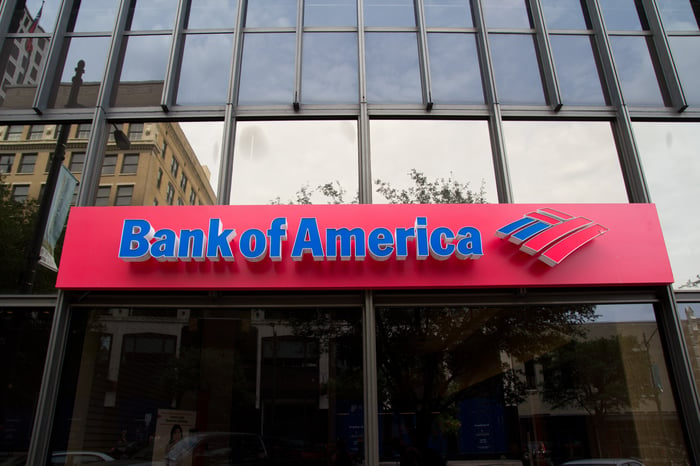 Big banks carried most of the weight, as deposits at the 25 largest domestically chartered commercial banks in the U.S. increased by $422 billion on a seasonally adjusted basis between Feb. 26 and March 18.

"Goliath is winning when it comes to a potential crisis such as this because there's a flight to quality," Mike Mayo, a bank analyst at Wells Fargo, said in an interview with Bloomberg. "Whether you believe the label 'too big to fail' or not, it sure doesn't hurt to attract deposits in an environment like this."

Although the large banks turned in the best performance, small domestically chartered commercial banks also did extremely well, increasing deposits about $75 billion between Feb. 26 and March 18. In recent prior months, this same group would typically bring in about $25 billion to $35 billion in deposits per month.

While deposits are swelling, the 25 largest domestically chartered banks in the U.S. also increased borrowings, or debt, by more than $100 billion. That's after total debt had been consistently on the decline for each of the past seven months.