The beleaguered retailer's market cap has fallen well below levels that qualify it as a large cap stock.

The decision can't entirely be pinned on the adverse impact of the coronavirus. Macy's (M 5.76%) and its stock were both struggling before the pandemic took hold in the United States. But the COVID-19 contagion could be considered the proverbial last straw, doing enough damage to Macy's shares to force its removal as one of the S&P 500's constituents.

With its share price now down more than 90% from its 2015 peak -- and down more than 70% from this January's high -- Macy's current market cap now stands at just under $1.5 billion. That's well below the $10 billion threshold that generally divides large caps from mid caps. In fact, at under $2 billion, Standard & Poor's explained, "Macy's has a market capitalization more representative of the small-cap market space." To that end, Macy's will be joining the S&P 600 Small Cap Index as of April 6. 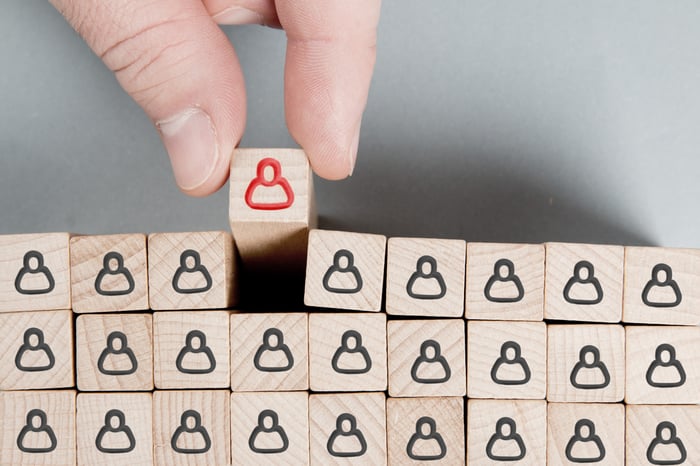 Being a component of a market index does not alter that company's performance or prospects. It can, however, impact institutional ownership of that stock. Mutual fund and exchange-traded fund companies that manage index-based portfolios may sell their existing Macy's holdings to make room for Carrier Global (NYSE: CARR) when it begins trading as a stand-alone company.

Carrier is being spun out from Raytheon Company (RTN), which is expected to finalize its merger with United Technologies (RTX -1.12%) by the end of this week. That pairing will create another opening in the S&P 500 large cap index, however, which has already been earmarked for Otis Worldwide (NYSE:OTIS) once it too is spun out from the Raytheon/United Technologies union.