Please ensure Javascript is enabled for purposes of website accessibility
Log In Help Join The Motley Fool
Free Article Join Over 1 Million Premium Members And Get More In-Depth Stock Guidance and Research
By Eric Volkman – Apr 1, 2020 at 8:19AM

The company will push its entertainment assets into a new, publicly traded entity.

Madison Square Garden Company (MSGS 1.27%) is about to split itself in two. The company announced Wednesday that it is spinning off its entertainment business from its sports assets, a move that will result in the creation of two separate, publicly traded businesses. 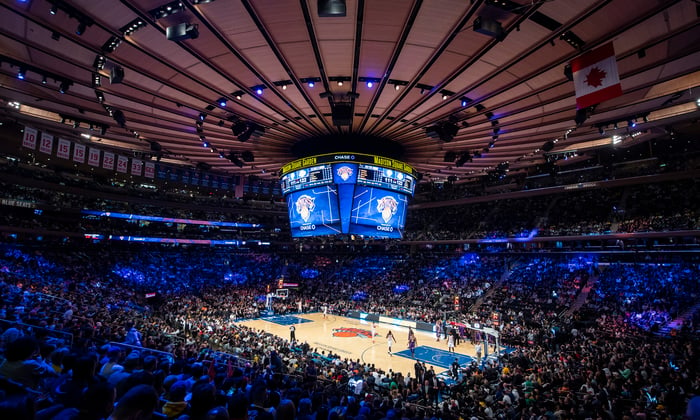 At the same time, the original company will take on the Madison Square Garden Sports name.

Current Madison Square Garden CEO and executive chairman James Dolan will serve in those capacities at both successor companies.

All stockholders of record as of April 13 will receive a stake in Madison Square Garden Entertainment. No action on their part is required; the process will be automatic. Madison Square Garden said in the press release trumpeting the move that it has been designed to qualify as a tax-free distribution to current shareholders.

The A shares of both companies should trade on the New York Stock Exchange (NYSE), like Madison Square Garden does at present (its B shares are not publicly traded).

Madison Square Garden did not specify which assets will be directed to which successor company, although the destination of most -- basketball's New York Knicks is a prime example -- seem obvious.