Please ensure Javascript is enabled for purposes of website accessibility
Log In Help Join The Motley Fool
Free Article Join Over 1 Million Premium Members And Get More In-Depth Stock Guidance and Research
By Eric Volkman – Apr 1, 2020 at 9:08AM

The admission is a sharp turn from Andrew Cuomo's stated ambition at the beginning of this year.

In very disappointing news for Empire State marijuana aficionados, it seems as if the legalization of the recreational form of the drug is off the table for now. On Tuesday, the Democrat and Chronicle in Rochester, New York, reported that Gov. Andrew Cuomo said it was "not likely" that the authorization of legal marijuana would be included in the state's upcoming budget. This will effectively kill it for now.

New York's fiscal year begins April 1, so the state's legislators would have had to hammer out a deal and plan the basics of legalization essentially at the last minute. "Too much, too little time," Cuomo said. 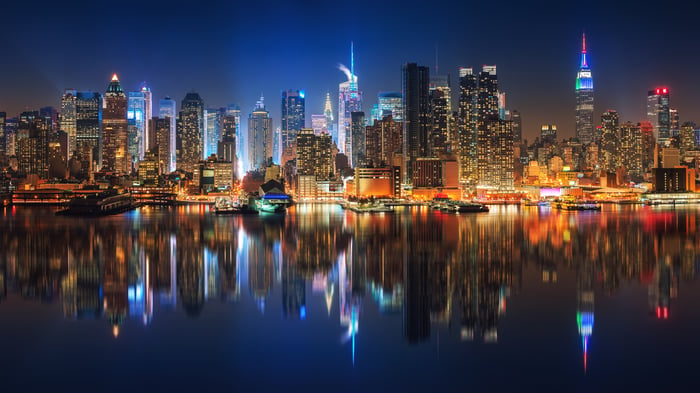 In January, the governor had raised the hopes of recreational marijuana advocates by proposing legalization in his annual State of the State address. "This year, let's work with our neighbors New Jersey, Connecticut, and Pennsylvania to coordinate a safe and fair system and let's legalize [recreational] use of marijuana," Cuomo said at the time.

But New York has been hit the hardest of any state by the coronavirus pandemic. This quickly placed issues such as marijuana legalization far down on its government's list of priorities.

Although New York does permit the sale and use of medical marijuana, its market is limited given the large size and prominence of the state. As a result, cannabis companies have a light presence at best there. Acreage Holdings (ACRGF) and Cresco Labs (CRLBF -3.20%) both have small dispensary networks scattered throughout the state.

Neither Acreage nor Cresco have yet commented on this latest development in New York. On Tuesday, Cresco shares fell less steeply than did the broader stock market, while Acreage essentially matched the market's decline.