Please ensure Javascript is enabled for purposes of website accessibility
Log In Help Join The Motley Fool
Free Article Join Over 1 Million Premium Members And Get More In-Depth Stock Guidance and Research
By Rich Duprey – Apr 1, 2020 at 8:43AM

The COVID-19 pandemic has upended most investments, but these two stocks stood out for these gurus.

The way Warren Buffett and Carl Icahn approach investing is completely different, yet both look for companies beaten down by the market that have the potential to rebound.

While one might seek out wonderful companies at a good price and the other often looks for a broken business that can be fixed through outside influence, they are two of the most savvy investors in the market today, and keeping tabs on the stocks they're eyeing and buying is still a worthwhile exercise.

After the market rout two weeks ago, every stock might seem to fit the criteria of one investor or the other. Let's take a look at Delta Air Lines (DAL -1.34%) and Newell Brands (NWL -0.57%) to see why they appealed to Buffett and Icahn, respectively. 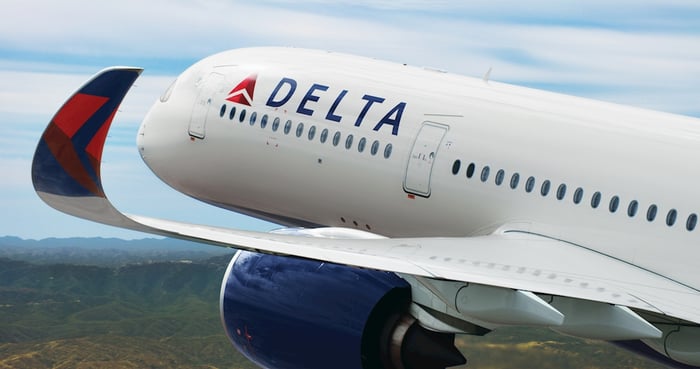 Airlines are not a foreign investment to Buffett, who has stakes in American Airlines, Delta, Southwest Air, and United Airlines.

Yet while airlines were especially hard hit by the coronavirus pandemic, with most carriers having lost around two-thirds of their value in a month as air travel virtually disappeared, Buffett saw the opportunity they presented.

Not only were oil prices cheap and likely to get cheaper as the economy was taken offline, but the industry was at its lowest valuation since 9/11, and President Trump's administration was talking about industry bailouts and stimulus packages. Because airlines are critical to a functioning economy, they were always high on the list to receive government assistance.

Yet there are good reasons to be hopeful for the investment. Oil is significantly even cheaper than it was a month ago, and Delta has no exposure to Boeing's 737 MAX woes, unlike American, Southwest, and United, which will cause them to suffer severe capacity constraints this year and beyond. That positions Delta to fly higher than the other carriers in Buffett's portfolio and may have even informed his decision to boost his stake in the airline to over 11%.

The pandemic has obviously exposed the risks that remain in the industry, but with the bailout package that was just adopted and because this health crisis will pass, Delta is a stock that investors could reasonably follow Buffett into and end up doing even better than him with their returns.

A shotgun approach to the crisis

Carl Icahn doesn't think we're near to being out of the woods with the pandemic, telling CNBC two weeks ago he didn't believe the sell-off was done, though he was less bearish than he had been. While those remarks were made prior to last week's rally, he also said: "Now it's reached a point that there are some companies that are sort of just given away."

Where Buffett is judicious in his purchases, Icahn says he's been buying a lot of stocks, acquiring more shares of Occidental Petroleum, Hertz, and HP.

Another stock he's picked up during the downdraft is Newell Brands, a conglomeration of consumer product brands including Coleman, Elmer's, Rubbermaid, and Sunbeam. Icahn spent almost $35 million acquiring almost 2.6 million shares at an average price of $13.41 per share, bringing his stake in the company to 10.7%.

Despite owning such well-known brands, Newell has been a troubled company for years and has been the target of activist investors before. Icahn got several of his own candidates appointed to Newell's board during one of the swipes at the company.

Yet the consumer products giant has still been on a downward trajectory since then, and remains so today. It has $5.4 billion in debt and less than $350 million in cash, and ratings agency Moody's recently downgraded Newell's debt with an outlook that was negative.

It cites falling sales and a declining market share that will be difficult to maintain as private label goods and changing consumer habits put Newell at a disadvantage.

Moody's also points to the company maintaining its dividend, which currently yields almost 7%, even though divestitures reduced its earnings base and will increase the payout ratio (the proportion of earnings paid out as dividends), weaken its ability to produce needed free cash flow, and impede its chances of deleveraging.

The pandemic is limiting its earnings potential this year, and it doesn't see management as having the will to make the necessary structural changes. And earlier this month the company received a subpoena from the SEC regarding its sales and accounting practices over the past few years.

Shares of Newell plunged after Icahn's purchase, but have since rebounded so that he is about breakeven on his investment. However, Newell Brands seems to be a stock with a lot more work to do before it becomes a buy for investors.

Rich Duprey has no position in any of the stocks mentioned. The Motley Fool owns shares of and recommends Delta Air Lines, Moody's, and Southwest Airlines. The Motley Fool has a disclosure policy.