President Trump warned Americans to expect a "very, very painful" two weeks ahead as the COVID-19 pandemic runs rampant across the country, and potentially hits its apex for numbers of patients infected. Before the words were out of his mouth, the pain arrived for investors, and the S&P 500 has already racked up back-to-back down days in response to the news.

Big tech stocks in particular took it on the chin today, with shares of: 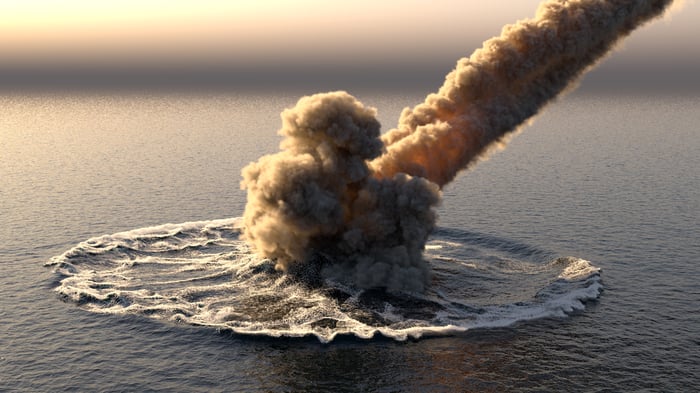 Why these three stocks in particular? Before you get too worried, let me lay some concerns to rest.

As far as I can tell, there's no "bad" news afloat concerning any of these three companies that would explain why its shares, specifically, should be down more than most today. (The bad news is that with the S&P 500 down "only" 4.4% today, all three stocks are, in fact, performing worse than average.)

Actually, in the case of Google (rather, Alphabet), the opposite is true. Today, TheInformation.com reported that Alphabet's YouTube business is working up a solution to the problem of TikTok stealing away viewers who might otherwise be spending their quaran-time watching YouTube videos. Google "Shorts," says TheInformation, will be a feature added to the existing YouTube mobile app on many people's phones; as such it will make use of YouTube's existing catalog of licensed music, which users can employ as soundtracks to videos they create.

You might think that news of this sort would send Alphabet stock up today...but it's going down instead.

So again, the question: Why?

The answer, unsatisfying as I suspect it will be to many investors, seems to be simply that everything went down today, and these three tech stocks, with their high profile names, got swept out with the receding tide of investor enthusiasm.

Can they recover when the tide comes back in? Perhaps.

Of the three, though, I have to say that the only one I really have great confidence in is Alphabet. As the only one of these tech companies with both profits under generally accepted accounting principles (GAAP), and real free cash flow to its name -- $30 billion in positive free cash flow, according to data provided by S&P Global Market Intelligence -- Alphabet is the business best built to withstand the present storm. Indeed, with nearly $120 billion in cash on its balance sheet, and more than $100 billion in net cash, Alphabet has the resources it needs to not just survive, but thrive -- and snap up distressed rivals along the way, emerging from this crisis even stronger than it went in.

It may not be the stock that got cheapest in today's sell-off, but if you're looking for a likely prospect to profit from in the quarters and years to come, I honestly believe that Alphabet is your best bet.