March is when things collapsed for the world's largest automaker.

Toyota (TM -0.42%) released its monthly North American sales figures for March on Wednesday, and they weren't pretty. The company sold just 135,730 vehicles during the month, a year-over-year decline of 36.9% on a volume basis and a 31.8% decline on a daily selling rate basis.

Other major automakers like General Motors (GM 0.09%) and Fiat Chrysler (FCAU) released quarterly numbers but did not break out their March sales figures. Toyota's first quarter sales decline of 8.8% was roughly in line with the 7% decline in deliveries posted by GM and the 10.4% sales decline reported by Fiat. That seems to indicate that other automakers experienced a similar trend. 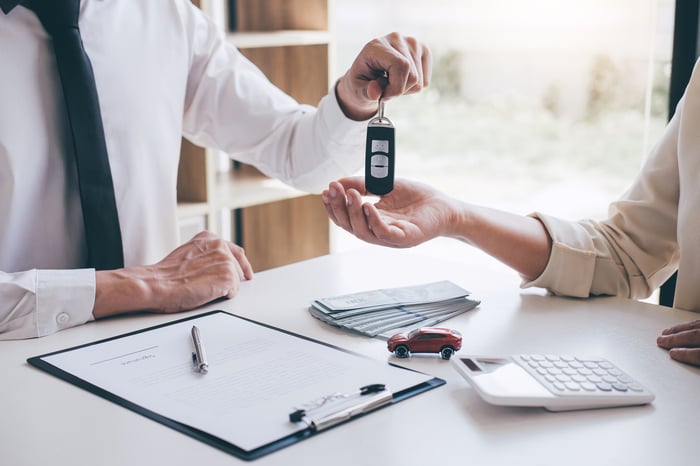 Things were even worse for Toyota's luxury Lexus division. March Lexus sales in North America were down 46.7% from March 2019 on a volume basis, and down 42.5% on a daily selling rate basis. Quarterly Lexus sales fell 15.6% from the prior year.

Sales fell less on a daily selling rate basis due to the differences in the calendar: March 2019 had five full weekends (Fridays, Saturdays, and Sundays), while March 2020 had only four Fridays and Saturdays. However, the numbers were bad no matter which metric you look at.

In a statement, Bob Carter, executive vice president of sales for Toyota Motor North America, focused on the cause of the decline without specifically mentioning coronavirus or the disease it causes, COVID-19. "During this unprecedented time, Toyota's number one priority is on the health and safety of our team members, business partners, customers and the communities where we do business," he said. "Despite the ever-changing market dynamics, we continue to take appropriate actions that serve our long-term business objectives."

Toyota shares were down 2.9% for the day.