Yowza. That was not fun.

On Tuesday, President Trump warned Americans to expect a "very, very painful" two weeks ahead as the COVID-19 pandemic enters its most damaging phase, and Americans buckle down and batten hatches for another month of social distancing. Stocks began falling almost immediately, closing Tuesday down...and Wednesday even further down, with the S&P 500 shedding 4.4% of its worth today. 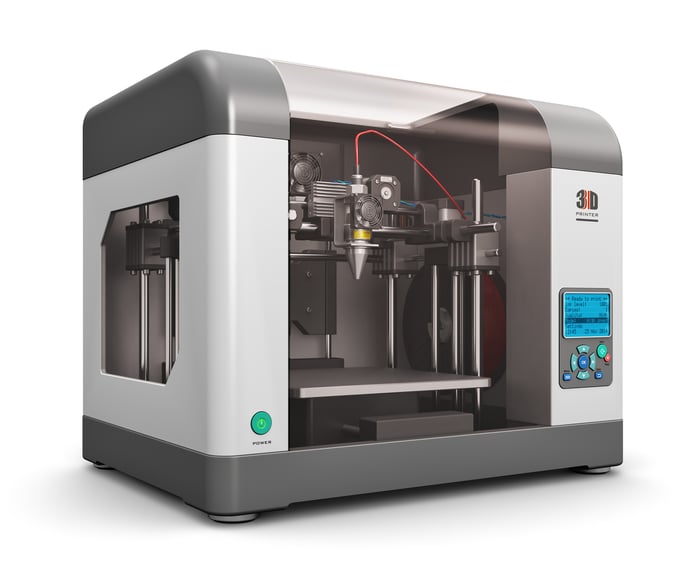 Now here's the good news: There was no bad news. By all accounts, none of these three stocks had any company-specific announcements dragging it down today. None reported poor earnings. None warned of poor earnings to come, either. No analysts announced downgrades of their stocks, nor cut price targets on their shares.

Instead, all three companies became unwitting victims of a broad-based stock sell-off, plain and simple.

Is that fair? Arguably, it isn't.

I mean, yes, on the one hand the American economy seems bound for recession; I honestly don't see how we can avoid that fate at this point. And yes, that's going to be bad for sales, for profits, and for stocks in general.

That being said, these three stocks actually look, to me, to be heading into the recession better-prepared to survive it than most. In contrast to many of their larger, traditional manufacturing peers, none of these companies -- Proto Labs, 3D, or Stratasys -- is heading into the recession with a balance sheet burdened by debt, or at least not more debt than they have cash ready with which to pay it off. Stratasys in particular has $300 million more cash than debt available to it today.

What's more, while the recent economic shutdowns may have changed this somewhat, at last report, two of these three companies -- 3D Systems and Proto Labs -- were still generating positive free cash flow from their businesses. Stratasys was not; it actually burned nearly $34 million in cash last year. But again, Stratasys is the one with the biggest cash reserve available, to tide it through the hard times to come.

Seems to me that punishing 3D Systems, Stratasys, and Proto Labs stocks with declines double or triple what the average stock on Wall Street suffered today, was actually the opposite of what investors should have been doing. I wouldn't be a bit surprised if, after this present sell-off runs its course, all three of these stocks bounce back harder, and farther, than most.