Please ensure Javascript is enabled for purposes of website accessibility
Log In Help Join The Motley Fool
Free Article Join Over 1 Million Premium Members And Get More In-Depth Stock Guidance and Research
By Lee Samaha - Apr 2, 2020 at 8:16AM

These three companies reduced their exposure to oil and gas in recent years, but are they a good value right now?

It's hard to be excited over three stocks that are down 30%-35% already in 2020, but the reality is it could have been a whole lot worse for General Electric (GE 1.30%), Dover (DOV 2.20%) and Pentair (PNR 2.10%)! While the COVID-19 pandemic and its impact on the economy are obviously hitting the headlines, oil prices are slumping nearly 70% to around $20 a barrel, and energy companies are slashing spending accordingly. Fortunately, all three of these companies have taken significant measures to reduce their exposure to oil in recent years. Is it enough to make them attractive stocks in 2020? 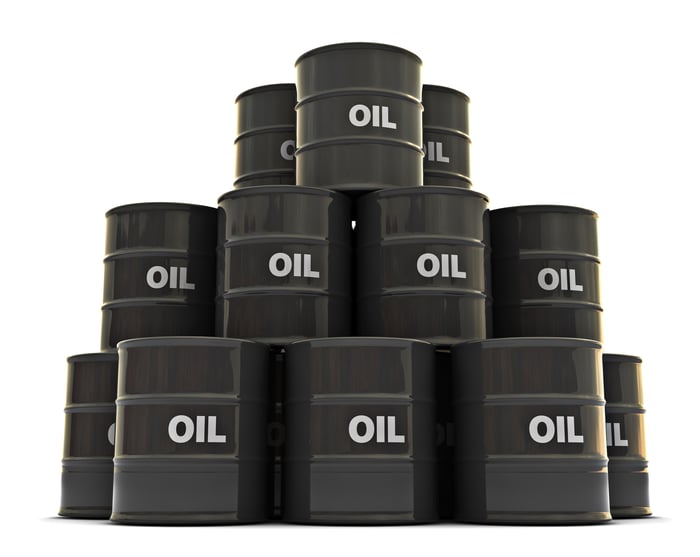 Former CEO Jeff Immelt's decision to make a slew of acquisitions in the oil services sector  -- culminating in the buyout of Baker Hughes (BKR 2.89%) -- proved to be ill-timed as the price of oil slumped from around $100 a barrel in 2014 to around $50. 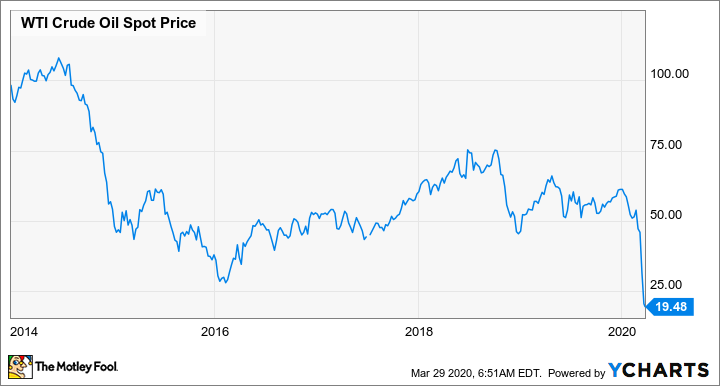 To be fair to Immelt, the idea of adding GE's digital solutions capability to oil services companies' existing solutions was a good one -- just not when energy prices are about to collapse. Indeed, only one year after closing the Baker Hughes deal, GE began divesting its stake in order to raise cash.

The decision clearly looks like a fortuitous one now, but GE is not quite out of the woods. According to the company's latest 10-K filing at the Securities Exchange Commission (SEC), GE still owns 36.8% of Baker Hughes.
Given that the market cap of Baker Hughes has dropped 53% in 2020, GE's stake is now worth $4.5 billion compared to $9.7 billion at the start of the year -- not great news for a company looking to sell assets in order to reduce its debt exposure.

All told, the reduction in exposure to oil and gas has proven to be a positive one for GE, but it still has a significant stake in Baker Hughes.

Moreover, it's hard not see that the pandemic has seriously impacted GE, especially since aviation, its biggest cash flow generator, has been hit hard by events in 2020.

In hindsight, Dover's decision to spin off its upstream oil and gas technology (lift systems, pump, drilling cutters, etc.) into a new company called Apergy (APY) is a wise one. Unlike GE with its Baker Hughes stake, the separation left Dover without any holdings in Apergy -- something to be thankful for as Apergy stock is down 85% since the spin-off, and 83% in 2020 alone.

The move turned Dover from an industrial company with a significant oil exposure to a collection of industrial businesses with the potential to significantly improve profitability. Indeed, Dover was actually one of the best performing industrial stocks of 2019  -- largely on the back of its self-help initiatives to cut costs in order to improve margins.

These changes have left the company with broad industrial exposure, but there's reason to suggest that Dover might actually do relatively better in the industrial economy. For example, the company has five end markets which, separately, contribute 12%-17% of its revenue: Retail fueling, food retail, automotive aftermarket, consumer goods, and industrial applications. Only the latter looks likely to be heavily hit in the current downturn; there's no significant exposure to oil and gas or aerospace.

A dividend aristocrat now yielding 2.3%, Dover is not the worst option for investors looking to invest in the industrial sector.

The company spun off is electrical equipment business nVent (NVT 1.46%) in 2018, having previously sold off its heavy industries focused valves and controls business to Emerson Electric (EMR 1.98%) in 2017. The latter largely removed Pentair's oil and gas exposure; coupled with the nVent spin-off, the move left a company focused on commercial pool and spa equipment, water pumps, and water treatment solutions.

When discussing Pentair's first quarter during a JP Morgan conference, CEO John Stauch described the company as being "about 80% residential, commercial. So demand in our channels has remained pretty strong throughout the quarter."  However, since then, the company has withdrawn its first-quarter and full-year guidance due to production disruptions at its facilities.

Pentair's biggest problem appears to be managing its supply chain through the shutdowns, rather than end demand. For reference, the company has an installed base of 5.5 million pools from which it generates revenue from replacement demand -- something which should serve it well even if the economy slows.

With the COVID-19 pandemic likely to be contained, Pentair's supply chain issues should be sorted out in due course. End demand looks solid, and with trading on a current PE ratio of just 14 times earnings, the stock looks attractive.