The oil and gas services market doesn't always spring to mind when considering General Electric Company (NYSE:GE), but the company has made a number of strategic investments in the sector. Indeed, oil and gas is a key part of its strategy to realign itself as an industrial company. However, General Electric will have to be careful over its growth plans, because the industry has a number of long-term trends driving it, and companies like Baker Hughes Inc. (NYSE:BHI) and Dresser-Rand Group (NYSE: DRC) are seeing mixed fortunes in dealing with them.

The importance of oil and gas to General Electric Company

A quick look at 2013 industrial revenue by segment demonstrates that oil and gas is still only its fourth largest industrial profit center. 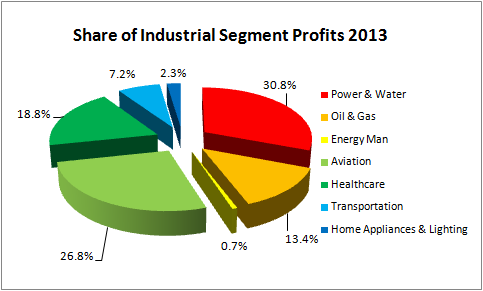 On the other hand, due to a combination of acquisitions and organic growth, the oil and gas segment has grown profits by 51% over the last five years. 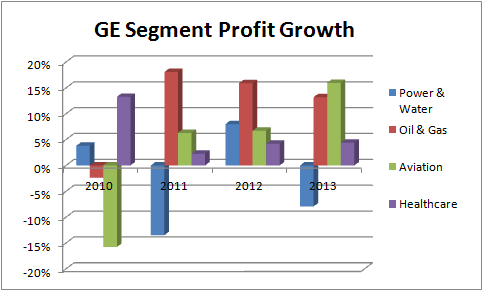 General Electric's deal making
Acquisitions have played a large part in the segment's growth, and the following deals have also proved emblematic of the changing trends in the industry.

All told, these deals demonstrate General Electric's commitment to investing in growth areas like shale oil and gas technology, whether it's upstream or downstream. In fact, it has become a truly integrated supplier to the shale industry. Pumping technology is particularly important for shale gas plays, because the pressure tends to quickly recede once the extraction starts.

Moreover, and in common with Baker Hughes, the company continues to invest in other growth areas like deepwater and subsea based technologies. Baker Hughes's management has made substantive investment in new products in these areas as they anticipate a greater intensity within wells -- good news for technology solution providers.

While, shale gas is an obvious growth area, General Electric has also been busy in developing its business in subsea. For example, the company's Vice President, Subsea Systems, Rod Christie disclosed the following in the first quarter conference call: "In 2011 we were executing a handful of small projects and two Subsea production EPC projects, the largest of which was around $600 million. Today we're executing 8 EPC projects, the largest of which exceeds $1.3 billion."

Long-term opportunity, near-term risk
In short, the decision taken by the U.S. government to allow the private sector to engage in shale gas exploration has created a situation where U.S. firms, like Baker Hughes and General Electric, are poised to take leadership in servicing the sector. Moreover, should the Europeans finally decide to take up large-scale shale gas exploration then General Electric will be able to sell its technology in a new market.

The bottom line
All told, General Electric's aggressive moves in its oil and gas segment have positioned it to take advantage of good long-term growth trends within the industry. Near-term risks remain, as demonstrated by Dresser-Rand's performance this year, but the outperforming companies this year -- like Baker Hughes -- are those who have realigned themselves to areas like deepwater, subsea, and shale gas solutions. Moreover, the shale gas revolution is creating significant downstream opportunities as well. The segment looks set to be a major part of General Electric's growth in future years, and the measures taken will ensure string contributions from the segment in years to come.