Please ensure Javascript is enabled for purposes of website accessibility
Log In Help Join The Motley Fool
Free Article Join Over 1 Million Premium Members And Get More In-Depth Stock Guidance and Research
By Rick Munarriz – Apr 2, 2020 at 11:45AM

The fast-growing streaming platform has seen its shares shed more than a third of their value in 2020, but things should get better now.

The first quarter was rough for Roku (ROKU -0.67%) investors. The stock plummeted 35% through the first three months of 2020, a cruel reversal for shares that had more than quadrupled the year before.

There is still a lot to like about Roku. Let's go over a few of the reasons why last year's best-performing large cap -- now technically a mid cap with its market cap buckling below $10 billion on Wednesday -- is a top candidate to bounce back in April. 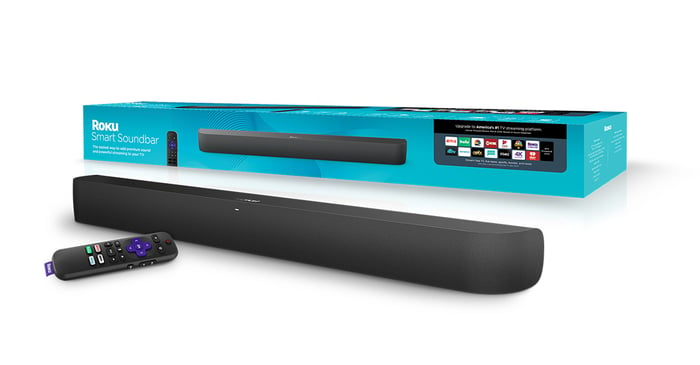 1. The bullish thesis has never been stronger

There was plenty to like in Roku's fourth quarter. It entered 2020 with a head full of steam in terms of accounts growth, viewing trends, and average revenue per user.

Everything is moving in the right direction. Folks are hopping on the platform, and they're becoming more engaged; consumption is outpacing user growth. Roku's monetization skills keep improving.

2. Streaming is everything right now

We're spending more time at home in an effort to contain the COVID-19 pandemic, and you just know that this is Roku's time to shine. This is the Super Bowl for streaming video, and you're seeing that with Netflix (NFLX -1.78%) and Amazon.com (AMZN -1.57%) bucking the market malaise by moving higher in 2020.

Roku is growing faster than Netflix and Amazon. It's the only one of the three companies to actually deliver accelerating top-line growth in 2019. Netflix is growing because folks are spending more time at home, and between Tiger King now and Love Is Blind last month, it always tends to have a good read on buzz-generating content. In terms of coattails, you know a lot of Netflix is being consumed on Roku.

Amazon is a winner because folks aren't going out into the real world to shop. Amazon's the top dog in e-commerce, so let's check on some of the hottest consumer electronics being sold on the platform. 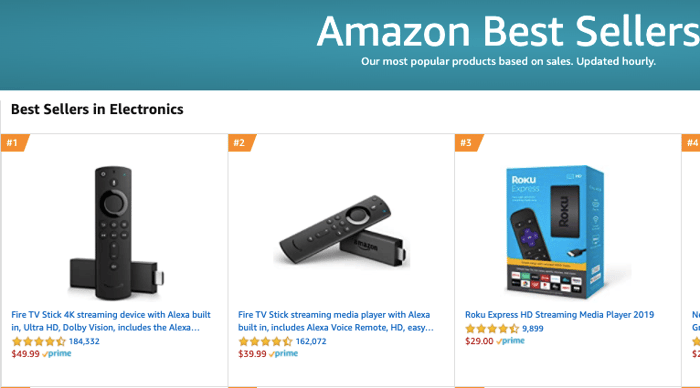 Are you really surprised to see that streaming devices are the top sellers in Amazon's wide electronics category? If you thought that everyone that was going to be streaming content during the country's COVID-19 lockdown already had the hardware to do so, well, you were wrong. Checking out the top three sellers in the category earlier this week confirms the trend, as well as Roku's starring role.

It's not a surprise to see Fire TV sticks in the top two slots, as Amazon loves to push its own hardware solutions. A Roku product coming in third is huge on Amazon's home turf. It's the top-selling electronics item not made by Amazon. The bronze medal is the gold medal here. If you think Roku's audience was large before, just imagine how big the user base must be now. Do you really want to bet against that?

3. A short squeeze is coming

There were nearly 15 million shares of Roku sold short as of mid-March, a record number of naysayers betting that the stock will move lower. We've seen short interest nearly double over the past year.

It's easy to argue that the bears have been right in recent months, and the growing number of shorts -- we were at just 11.7 million at the start of 2020 -- have called it correctly so far this year. We'll check back again on them if we come up against a short squeeze. The moment that Roku puts out an upbeat growth outlook (in early May with its first-quarter earnings release or perhaps sooner if conditions warrant a financial update), it should send the shorts scrambling for the exit, driving the stock higher in the process.

Roku was one of last year's top stocks, and that wasn't the case in the first quarter of 2020. Things should get better from here.