Please ensure Javascript is enabled for purposes of website accessibility
Log In Help Join The Motley Fool
Free Article Join Over 1 Million Premium Members And Get More In-Depth Stock Guidance and Research
By Jon Quast - Apr 2, 2020 at 8:13AM

Revenue will be hurt by the COVID-19 pandemic, but WEX's long-term outlook remains solid.

When the COVID-19 pandemic led stocks into a bear market, many companies saw shares fall further than the market averages. One such company is payments provider WEX (WEX 1.81%). While it's recovered slightly from its lows, it's still down more than 50% year to date. 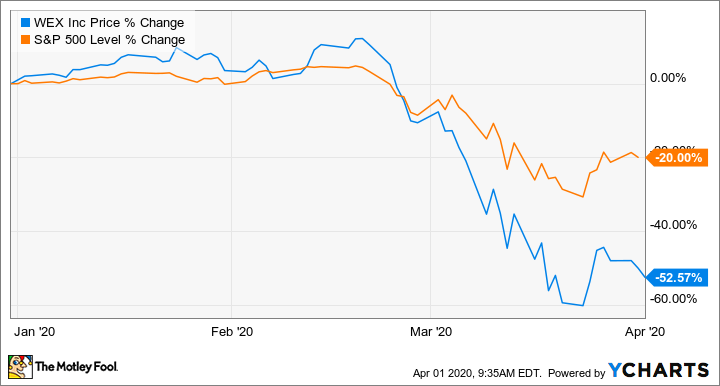 Interestingly, WEX already gave investors a coronavirus update. At the time, it stated that revenue is expected to take a meager 2% to 3% hit in the first quarter relative to previous guidance, which would appear to make the current sell-off overdone. However, while I believe this is a good value stock right now, the company will likely have a sharper decline in revenue than its current guidance assumes.

WEX generates fleet revenue primarily by collecting a volume-based fee from fuel purchases. That means that fluctuating fuel prices affect revenue as they increase or decrease purchase volume. In WEX's latest 10-K filing, it estimated that for every penny decrease in U.S. gas prices in 2020, it would miss out on $1.6 million in revenue.

WEX updated investors on the impact of COVID-19 on March 4. But since then, talks broke down between Russia and OPEC, sparking Saudi Arabia to start an oil price war. This caused crude oil prices to plummet, and has already trickled down to the gas pump. As of this writing, the national average price per gallon of gas has dropped below $2.00, according to AAA.

In the fourth-quarter earnings call, management said it assumed gas prices would average $2.70 in 2020, and guided for $1.86 billion to $1.9 billion in full-year revenue. The $0.70 disparity between assumptions and reality extrapolates to a $112 million reduction in full-year revenue, a 6% drag on revenue at the midpoint of guidance. But note that for this to happen, fuel prices would have to stay this far down for the year, not just March.

WEX's corporate payments segment generates much of its revenue from travel-related purchases, like hotels and airfare. The exact effect from COVID-19 on corporate travel spend is hard to quantify at this time, but it's safe to say that corporate travel is down more than anyone could have imagined. 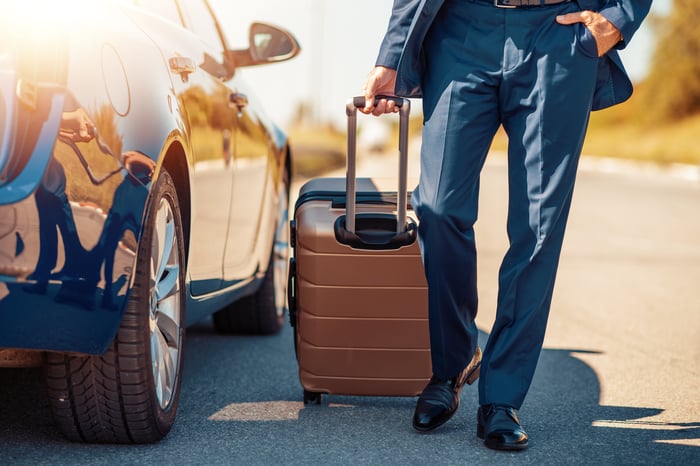 The value proposition with WEX makes a couple of assumptions. First, I assume oil prices won't remain around $20 a barrel long term, because it's unsustainable. According to OilPrice.com, that's below the break-even price for many oil-producing countries. Furthermore, I assume that once the COVID-19 pandemic has ended, high employment will return, an important factor for a company like WEX that offers corporate solutions. This assumption is based on many companies choosing to furlough employees with the intention to rehire as soon as possible, and the provisions in the U.S. economic stimulus package.

Briefly, WEX's other segment is its health platform, which should continue to perform well during the present crisis. At the end of 2019, WEX Health Cloud customers included 56% of Fortune 1000 companies -- businesses among the least vulnerable in a temporary economic crisis. This segment of the business is the company's smallest, but is providing the most growth. Health segment revenue grew 18% organically in Q4 and is now 19% of WEX's total revenue. And when including its acquisition of high-growth Discovery Benefits, the segment's quarterly revenue grew 69% year over year.

In 2018, WEX generated $1.5 billion in revenue across its three business segments. At the end of that year, the company laid out a plan to double its business by 2023. Before the coronavirus, it was executing well against that plan with $1.7 billion in 2019 revenue. Historically, this stock's valuation has held steady between four and six times sales, and its stock price has largely followed revenue growth. 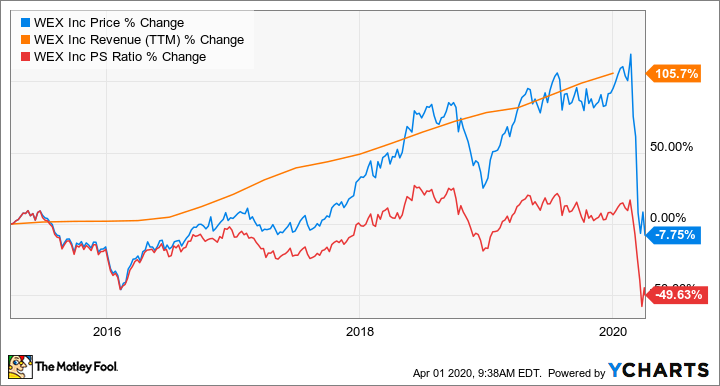 Valuing WEX is difficult because finding completely comparable businesses is hard. But since it operates its own payments network, it lists Visa and Mastercard among its top competitors. Visa trades at 15 times sales, while Mastercard trades at 14 times. With that context, WEX's historical valuation appears more than reasonable.

With a market capitalization around $4.5 billion today (just 2.6 times trailing revenue), it's not hard to see how WEX could provide market-beating returns over the next few years between continued revenue growth and a return to historic valuations. For these reasons, I believe WEX is a buy.

Pain at the Pump? This Under-the-Radar Tech Stock Profits from High Gas Prices

Why WEX Stock Rose 17% in December