Although a record number of Americans filed first-time unemployment claims this week, Lockheed Martin (NYSE:LMT) is looking to add employees to its ranks. Revealing its effort to support the struggling economy, the company announced that it has hired almost 1,000 workers over the past two weeks. And the company's not done yet. It has also advertised 5,000 positions that it's looking to subsequently fill.

This latest announcement from the company builds on other measures that it is taking to meet the needs of employees who are dealing with the challenges wrought by the COVID-19 outbreak. Last week, Marillyn Hewson, Lockheed Martin's CEO, announced that the company will donate $10 million to nonprofit organizations focused on relief efforts related to the novel coronavirus with particular emphasis placed on veterans and military families. Moreover, the company has created a $6.5 million employee disaster relief fund to help current workers and retirees impacted by the disease. 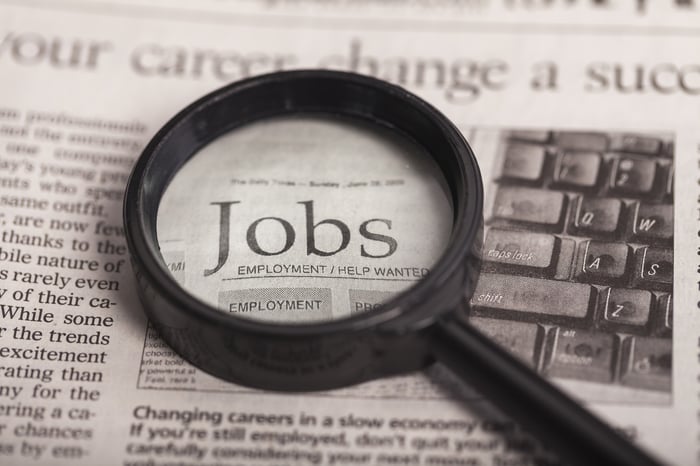 In addition to adding personnel and providing current employees with financial support, Lockheed Martin is working to support medical professionals. For example, the company plans on donating $2 million in personal protective equipment (PPE) to first responders and healthcare workers, as well as "providing engineering support for select initiatives to accelerate production of PPE equipment."

And to help support the supply chain upon which the defense industry relies, Hewson announced that the company is doubling its previous commitment of $53 million, allocating a total of $106 million in accelerated payments.

In Fight Against COVID-19, Lockheed Martin Is Going on a Hiring Spree @themotleyfool #stocks $LMT Next Article
Current