Please ensure Javascript is enabled for purposes of website accessibility
Log In Help Join The Motley Fool
Free Article Join Over 1 Million Premium Members And Get More In-Depth Stock Guidance and Research
By Brent Nyitray, CFA – Apr 3, 2020 at 9:01AM

The supply/demand imbalance is key.

In a lot of ways, this feels like a replay of 2008, with a weak stock market, massive central bank intervention, and a general sense of panic in the markets. The last time around, real estate was ground zero for the crisis. Are we in for a repeat?

2020 was supposed to be the breakout year for the sector

2019 was a great year for homebuilders. The S&P SPDR Homebuilder ETF (XHB -0.67%) rose 28% in 2019, as the markets expected 2020 to be the year when homebuilding broke out and finally began to address the pent-up demand. The seasonally slow period of December-February showed no letup. Then social distancing began right at the start of the spring selling season. Instead of open house picnics with balloons and hotdogs, the sales offices and the model homes are shut to walk-in traffic. So what now? 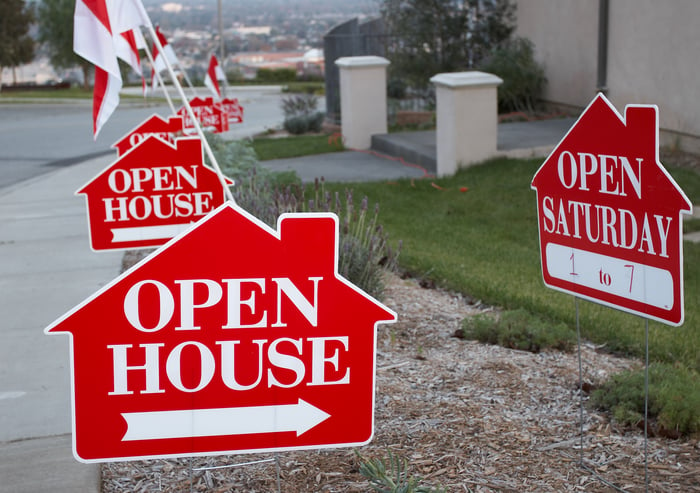 KB Home (KBH -1.88%) announced earnings on March 26 and gave an update on how it is navigating the current environment. Revenues increased 33%, deliveries rose 28%, and earnings per share increased 109% to $0.63. Surprisingly, traffic (at least internet traffic) was up 7% on a year-over-year basis for the first half of March. That said, orders slowed in the second half of the month and are down 5% YOY. Tours are still being done; however, they are by appointment only. The cancellation rate is only 17% so far this quarter. The company believes its Built to Order business model helps keep the customer vested in the project and will help keep cancellations down.

Operationally, there are challenges. KB is dealing with certain localities that have put construction on hold. Even in areas that still permit construction, things are slowing as there are limits as to how many people can work simultaneously, which makes moving subcontractors along difficult. Governmental approvals are taking longer as well, so overall timelines are getting elongated. This actually works in the company's favor as it limits the cash going out the door -- no need to retain an engineer if your plan won't even be looked at until this is over.

Why you won't see a price war

The big question on everyone's mind during the earnings call revolved around pricing -- would KB end up having to cut prices to move inventory? KB Home CEO Jeffrey Metzger contrasted 2008 with today:

"We're not slowing down in demand because of subprime mortgages or a pop in pricing or lack of demand or anything like that. It's this terrible pandemic and then a government decision. And I guess it would depend on the duration. Right now in the short run, we're taking the view that we have nice backlog to continue to generate revenue out of. We don't have a lot of inventory out there to go "liquidate." So we don't see an urgency to go do anything with price today."

While there have been pockets of financial distress during this period of social distancing, they don't appear to have hit house prices yet. We probably won't get a read on March prices until the Case-Shiller or FHFA House Price numbers come out in a couple of months. Lower interest rates will support prices, especially once the financial shock to the system gets absorbed.

At a minimum, we don't have excess inventory following a housing bubble. We are in the exact opposite situation, a period of light inventory following a housing bust. If anything, inventory will probably get even tighter as builders like KB run into operational constraints and would-be home sellers take their homes off the market. Renters who are looking to buy their first house may take a step back from the market, however the current circumstances aren't really there for a deluge of supply. There have been some forecasts that home price appreciation will stall or even decline a few percentage points, it won't be enough to materially change builder behavior.

The 2008 crisis was driven by a collapse in real estate prices along with loans backed by them. The financial system was devastated as the collateral backing these loans declined in price. Homebuilders were stuck with inventory, which they had to sell in order to repay borrowings, which created a price war. This time around, the banking system is much better capitalized, the inventory situation is tight, and the catalyst for the recession is not real-estate related. The COVID-19 crisis will eventually end, and the homebuilding sector should pick up right where it left off. KB is well-positioned with a focus on entry-level buyers (57% of deliveries) and lower price points. The COVID-19 crisis hit at the worst possible time of the year for the builders, so 2020 might not be the breakout year people were expecting. This might be a 2021 story.