In the latest in a long list of "as the COVID-19 situation continues to evolve" press releases from American industrial companies, Winnebago Industries (NYSE:WGO) announced this morning that it is "taking additional steps to maintain the Company's financial flexibility."

Winnebago has already announced a temporary halt to production of its RVs. Now, to help reduce costs at a time when revenues aren't coming in, the company is announcing that it will: 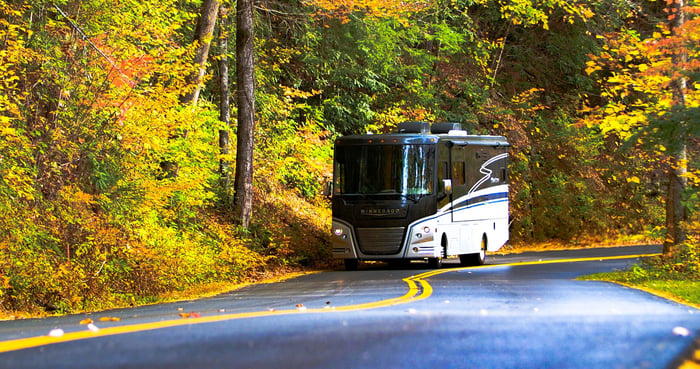 Further down the food chain, Winnebago will postpone giving raises to salaried employees and freeze hiring for "non-critical salaried positions." Some capital expenses will be delayed and other expenses will be reduced or eliminated.

At the same time, Winnebago is doing its part to help mitigate the effects of the novel coronavirus by using its factories to produce medical masks and face shield parts and donating materials to healthcare workers, and making cash donations.

Winnebago noted that it has $123 million in cash available to get it through this crisis, and access to a $193 million credit facility. The company is also carrying $500 million in debt, however.