Please ensure Javascript is enabled for purposes of website accessibility
Log In Help Join The Motley Fool
Free Article Join Over 1 Million Premium Members And Get More In-Depth Stock Guidance and Research
By James Brumley – Apr 4, 2020 at 11:55AM

A bunch of consumers have learned how to shop for groceries online while sheltering in place, and Walmart has been their go-to option.

Most investors innately know the COVID-19 contagion will eventually be put in the rearview mirror. But, many of those same investors suspect that shopping will never quite be the same again. Contagion management will be at least in the back of people's minds for a long while, even without a complete understanding of what the new world of retailing will look like.

A handful of data points are starting to surface about the matter, though, and one name is positioned for more than its fair share of the coronavirus recovery. Consumers love what Walmart (WMT -0.65%) has been able to do for them during this pandemic, and a bunch of them intend to continue letting the world's biggest retailer serve them.

It's hardly a secret that overall demand for basic consumer staples -- and cleaning supplies in particular -- has exploded over the course of the past month. Retailer Target (TGT -2.62%) reported its March sales tally was on pace to grow 20% or more on a year-over-year basis. Grocery chain Kroger (KR -1.69%) boasted a 30% increase in March's top line, driven by the same demand for food and supplies. 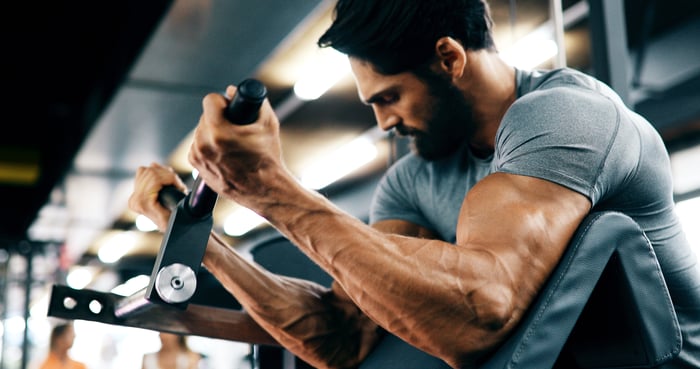 Both companies helped themselves, of course, by continuing to offer curbside pickup service at the very time consumers wanted it the most. Although grocers haven't been too willing to divulge exactly how much more demand they're seeing for curbside service, market research outfit Brick Meets Clicks estimates 31% of U.S. households utilized an online grocery service in March. That's up from a modest 13% in August. Gordon Haskett Research Advisors reckons Walmart was the first choice for more than half of those newcomers to the online grocery shopping world.

These online shoppers are spending more (and more often), too, with the average online ticket size growing from $72 to $82.

Perhaps most notably, a sizable swath of those consumers looking to sidestep potential exposure to the coronavirus plan on sticking with their new mode of shopping even once the outbreak abates. The same Brick Meets Clicks survey indicated that even after shelter-in-place orders are lifted, 43% of those online shoppers say they'll continue to shop for groceries online.

It's obviously great news for Kroger and Target, but Walmart has arguably won the hearts of most of the nation's shoppers.

Positioned to come out ahead

It should be acknowledged that Walmart has the advantage of size. With Walmart operating more than 5,300 stores in the United States alone, suppliers have likely prioritized feeding the company much-needed inventory. Kroger operates fewer than 2,800 locations, and Target's footprint is just under 1,900 stores in the U.S. Walmart "wins" with consumers just by virtue of being more accessible, with its roughly 3,000 curbside pickup locations peppered across the nation.

The underpinnings of the victory are mostly irrelevant for shareholders though. What matters is that Walmart can leverage its size, and has.

The victory in question is being rated more favorably than its rivals in the midst of the coronavirus crisis. A survey performed by the Path to Purchase Institute last month found Walmart to be the nation's "top trusted retailer." And it wasn't even close. Of the respondents, 18% of them picked Walmart as the most trustworthy. The next nearest names were Target and a well-loved Amazon (AMZN -2.72%), but both of those names were only mentioned as the most trusted player by 6% of those polled. Kroger and Costco (COST -1.91%) were next best, but they each only secured 3% of the poll for themselves.

It's not a difficult result to believe. Walmart has stepped up to the extent it could. It was one of the first retailers to limit purchases of essential items in an effort to more equitably distribute these goods. It announced that month it was aiming to hire 150,000 more employees -- albeit temporary employees -- to meet the swell of demand. The retailer was also one of the first to plan the encasement of cashiers in plexiglass booths. It may do little to prevent the transmission of coronavirus, but it's at least an effort. Consumers notice these little things.

Only time will tell to what extent consumers will alter their shopping behavior in a way that seems to favor Walmart above others. Just because they say it doesn't necessarily mean they'll do it. This is one shift in consumer behavior that could stick more -- and for longer -- than one might expect.

The one downside? Curbside pickup service is better positioned to facilitate the growth of grocery sales than it is to drive nongrocery sales. Groceries are a relatively low-margin business, though, so overall profitably measures could slump if curbside pickup continues to win Walmart more grocery market share.

On balance, however, it's a worthy trade-off, particularly if the retailer can inspire those new grocery shoppers to shop from the other side of its stores as well.