Please ensure Javascript is enabled for purposes of website accessibility
Log In Help Join The Motley Fool
Free Article Join Over 1 Million Premium Members And Get More In-Depth Stock Guidance and Research
By Will Healy – Apr 5, 2020 at 8:45AM

Should investors choose the established casual dining giant or the upstart fast-food chain?

Coronavirus-related restrictions have effectively shut down sit-down establishments. This has left restaurant stocks reeling, as nobody knows when these eateries can return to full service.

However, restaurants can still sell food for off-premise consumption. Moreover, some fast-food and casual dining establishments have long made take-out a staple of their business. Hence, take-out will leave some restaurants in a stronger position while the world works to flatten the curve on coronavirus.

Two examples of such restaurants are Chipotle (CMG -1.95%) and Shake Shack (SHAK -0.13%). Since both companies can earn revenue with much of the country sheltered in place, how one stock stands above the other may depend on an individual investor's criteria as much as the company itself. 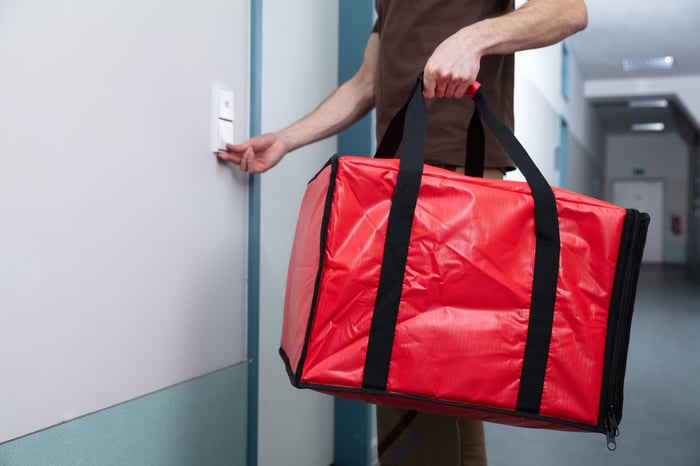 Chipotle shot higher in the early part of the decade as consumers wanted a healthy fast-food alternative. However, even amid a highly publicized E. coli scandal, Chipotle stock has remained relatively strong. It also expanded its digital sales last year, with that segment accounting for 18% of revenues in 2019. Hence, the capabilities to serve large numbers of take-out customers were already in place.

Yes, it has fallen by about 35% from its February high. To be sure, comparable sales growth and plans for 150 to 165 new restaurant openings may have to wait as the company works its way through the slowdown. 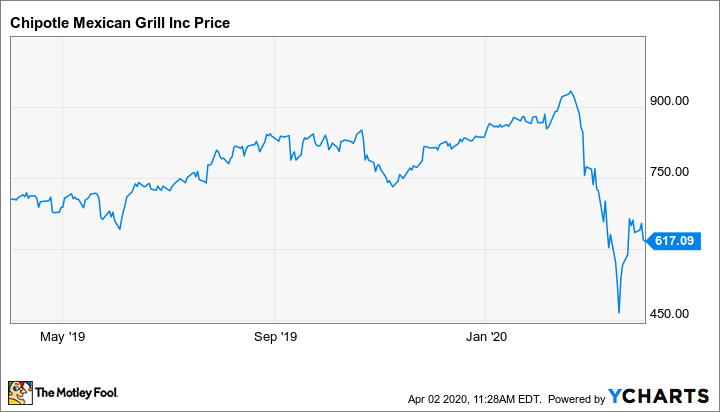 Chipotle has notably extended free delivery for orders of $10 or more through April. While probably not helpful to the bottom line, it may boost sales in a time where restaurants struggle to get any business. Interestingly, even though profit estimates for the year have fallen, analysts still estimate a 6% profit growth rate for the year.

Furthermore, in the midst of the massive drop in business, it appears to have maintained an elevated valuation considering the circumstances. Chipotle still has a forward P/E of around 34. Analysts also forecast average annual profit growth of 20.14% per year over the next five years. With these increases, I expect Chipotle to weather this storm and return to prosperity. However, while the recent price drop makes Chipotle stock cheaper, it remains far from a bargain stock.

How Shake Shack has fared

Not surprisingly, Shake Shack has seen much of its business wiped out by COVID-19. Like many other restaurants of its type, it already had a substantial take-out business. Hence, it has adapted relatively quickly and has even added Shackburger kits for in-home cooking.

As in Chipotle's case, Shake Shack will likely not fully compensate for losing its dine-in business. However, it will probably suffer less than restaurants focused mostly on dine-in customers.

Nonetheless, its problems did not start with coronavirus. While it has fallen significantly from levels it saw in mid-February, Shake Shack's stock began its decline in September. Since that time, it has fallen by about 70%. Despite this drop, Shake Shack still trades at around 57 times forward earnings. 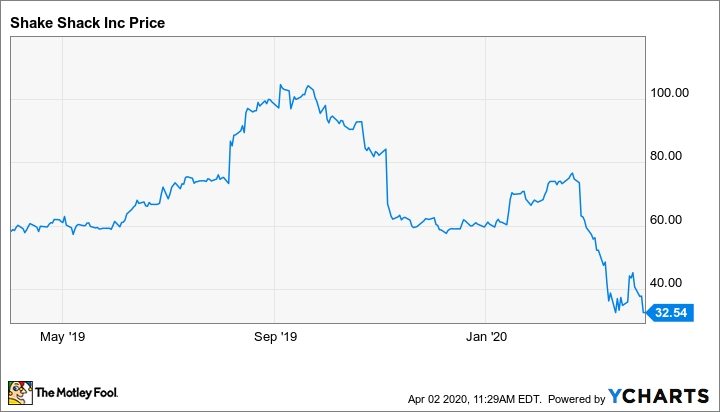 In fairness, its market cap is just over $1.2 billion, which is a small fraction of Chipotle's approximate $17.5 billion market cap. It also grew earnings at an average rate of 35.48% per year over the last five years. However, analyst predictions appear more uncertain. They forecast average annual growth will fall to a 6% compound rate over the next five years. Still, that includes a 97% decline in profits for this year and a 2,000% increase in 2021. With that level of volatility, the longer-term estimate could change significantly over time. Hence, the uncertainty could continue even after coronavirus fades from the headlines.

In the end, whether to choose stock in Chipotle or Shake Shack probably depends on one's risk tolerance. As a smaller company, Shake Shack could potentially offer more latitude for faster increases. Still, with a much higher P/E ratio and erratic growth forecasts, how that potential materializes remains in question.

For almost every other type of investor, Chipotle seems like a more suitable choice. Its forward P/E ratio remains somewhat elevated. However, forecasts still call for profit growth in 2020. If the company can grow its earnings, or even minimize profit declines in this environment, that will hold Chipotle stock in good stead. Also, investors can now buy at the lowest valuations that the stock has seen since 2015. This helps to make Chipotle a balance of both stability and growth potential.