The food company is seen as a safe place to invest during the COVID-19 crisis.

Shares in Hormel Foods (HRL 1.14%) increased by 12.1% in March, according to data provided by S&P Global Market Intelligence. The rise is impressive in itself, but in a month when the S&P 500 dropped 12.5% it's nothing short of remarkable.

There are probably two reasons for the out-performance, and they both relate to the COVID-19 pandemic.

First, the social isolation measures imposed on the public are seen as boosting prospects at food companies like Hormel. Its food service sales (around 31% of sales) are likely to be hit with restaurant shutdowns. However, the rest of its revenue is possibly going to receive a boost as consumers stock up on food in response to shutdown measures. 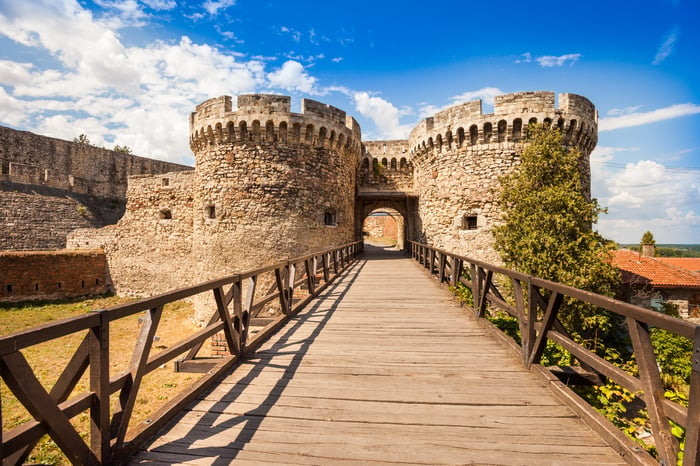 The second reason is the relative attractiveness of its rock solid balance sheet and dividend in the face of a possible economic recession. Having raised its dividend for 54 consecutive years, Hormel is a dividend aristocrat. As you can see below, its payout ratio (dividend divided by earnings) is low, implying it has the potential to increase its dividend in the future. For reference, its current dividend yield is around 1.8%.

In addition, it's a conservatively run company with very little debt, meaning it has the capability to withstand the financial stresses caused by a recession. 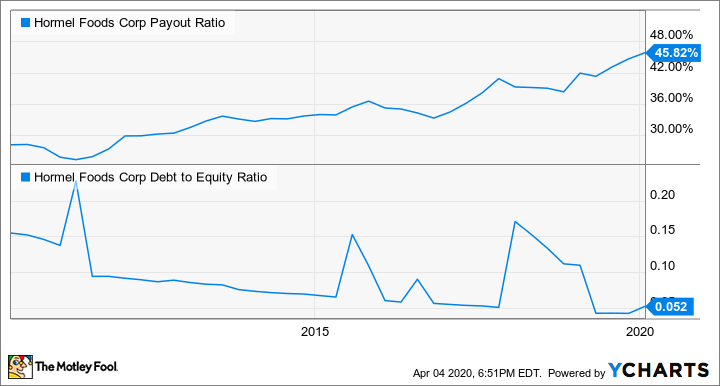 Hormel looks like the kind of stock that investors will turn to in difficult times. In addition, if the shift from dining out toward eating at home -- made necessary by the pandemic -- turns into some sort of structural change in consumer behavior, then Hormel is well placed to benefit.

The company looks like it has some positive near-term trends behind it, and possibly over the long term as well. It's definitely a stock to watch in 2020.

Worried About Another Coronavirus Sell-Off? Buy These 3 Safe Stocks