The evidence is mounting the device could be a reality very soon.

The rumor of Apple (AAPL 1.49%) preparing to introduce its new, low-cost iPhone this month is picking up steam as an analyst says his supply chain read suggests we could see the new smartphone within a matter of weeks.

The coronavirus pandemic imperiled the debut of what some observers have dubbed the iPhone SE 2, a refresh of Apple's previous cheap iPhone model. 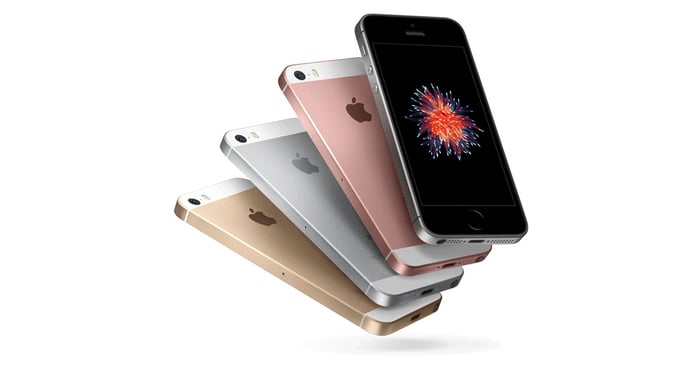 The outbreak of the virus in China forced the closure of Apple's major suppliers Foxconn and Pegatron, but they were soon operational again and saying they did not foresee any disruption to any of its customers' product introductions.

That bullish sentiment gained credence late last week when Apple tipster Jon Prosser tweeted that the new iPhone, also referred to as the iPhone 9 -- a model number Apple previously skipped over -- would be announced on April 15 and shipped on April 22.

Now the release seems imminent. Wedbush analyst Daniel Ives today said the way he is looking at what the supply chain and "various retail sites" are showing, he also believes the mid-April device launch is correct.

According to MarketWatch, the analyst wrote in a note, "While launching a mid-cycle budget/entry-level smartphone into the backdrop of a consumer global lockdown and unprecedented pandemic will be head scratcher to some, we note that Apple is viewing this as a low-volume, low-touch release with little fanfare as the phones are already ready to ship."

Yet there were already signs of consumer fatigue with smartphones priced over $1,000, and with the tumult caused by the pandemic, a cheap iPhone may prove more popular than analysts expect.