A strong management statement to convince shareholders of the company's viability appears to have done the trick.

Brookfield Asset Management (BAM -3.84%) shares tumbled 22.3% in the month of March, according to data provided by S&P Global Market Intelligence.

Interestingly enough, shares of the asset management company had plummeted a whopping 40.1% until March 23, when they bottomed and rallied a surprising 29.8% in the last week of March.

Anyone can guess why Brookfield stock cratered: It's the same coronavirus narrative. The unnerving uncertainty, widespread lockdowns, and their bringing trade and manufacturing activity to a halt have spooked investors. Brookfield, after all, has nearly $540 billion in assets under management in more than 30 countries across real estate, infrastructure, and renewable energy, among others, which it operates through its several publicly listed subsidiaries. An employee at Brookfield's headquarters also reportedly tested positive for coronavirus in early March.

On March 23, Brookfield released a statement to soothe investors' nerves. 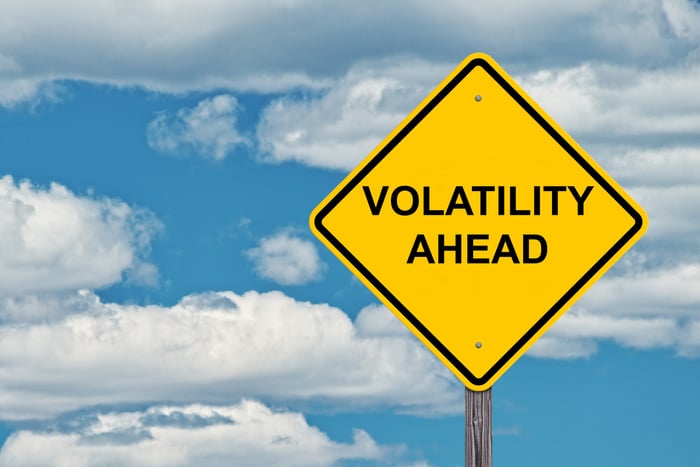 To begin with, CEO Bruce Flatt didn't mince words when he said management was "expecting a recession and wash-out for some time," although nobody could have predicted coronavirus to cause it.

Flatt then went on to detail shareholders about Brookfield's financial and liquidity standing. Among other things, he highlighted how the company didn't have concerning levels of debt maturing in coming years, had access to $12 billion undrawn credit lines, had invested only 40% of the $50 billion raised in recent funding and co-investments, and had $5 billion in non-core assets ready for disposal to raise funds, if required.

Flatt further drew shareholders' attention to its diverse portfolio, stressing how most of its businesses are resilient in nature, with cash flows generating under long-term contracts, and only some, such as property, could be hit as malls and restaurants have been closed down amid the COVID-19 pandemic. (Investors might want to know that shares of Brookfield's subsidiary, Brookfield Property Partners (BPY), sank more than 50% in March because of these fears.)

"For us, compared to the direct hit we took on 9/11, this uncertainty and volatility feels manageable," said Flatt in his statement to shareholders. He also revealed the company is repurchasing shares given the sell-off and "will continue to acquire our own shares for value when it makes sense."

These statements appear to have reinstated investors' faith in Brookfield's management, which is why the stock rallied after March 23 and continues to rise so far this month. Management's reiteration that each of its shareholders owns a portion of business and that management is watching out for shareholders' capital did the trick.

Brookfield Asset Management Offers to Buy the Rest of Brookfield REIT for $5.9 Billion