Brookfield has struck a deal with a company that has humongous growth potential in India.

Brookfield Infrastructure Partners (BIP -3.56%) (BIPC -3.91%), the infrastructure arm of global asset manager Brookfield Asset Management (BAM -2.60%), announced on Tuesday that it has just struck a major deal: Along with its institutional partners, Brookfield Infrastructure has acquired a 100% stake in the telecom assets of a tower company in India that belongs to the nation's largest conglomerate, Reliance Industries, run by Mukesh Ambani, the world's fourth richest person and India's richest.

The deal, worth $3.4 billion, was in the works for several months, but had run into several regulatory hurdles in India. For Brookfield, the approval and closure couldn't have come at a better time: The telecom company, Reliance Jio Platforms, is grabbing eyeballs of a who's who thanks to its recent fundraising spree.

Some of the well-known companies that recently pumped money into Jio Platforms include: 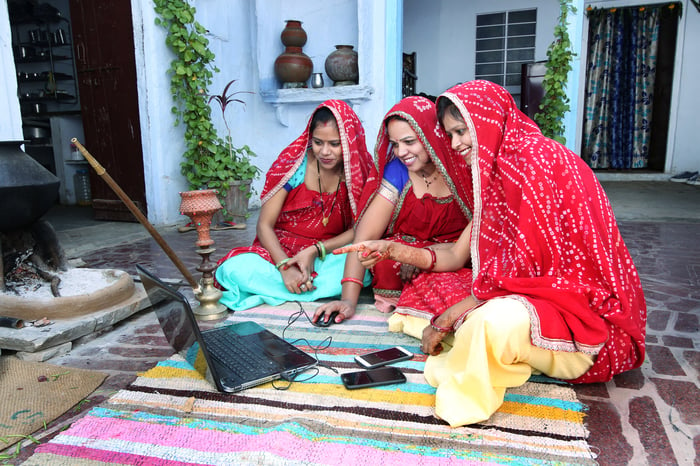 Jio Platforms and Google have also partnered to develop an affordable, entry-level smartphone targeting the masses in India as Ambani says he is striving to "play a strong facilitative role in the transformative journey of building a new, Digital India."

These investments validate Jio's standing and growth potential in India.

Brookfield was originally planning to invest $375 million, but it has now acquired 135,000 telecom towers for $600 million from Jio Platforms even as the latter wants to be the first to roll out 5G technology in India. Jio intends to expand its infrastructure to 175,000 towers.

The acquisition gives Brookfield Infrastructure a huge headway into the world's second-largest telecommunications market, with 1.2 billion subscribers and dizzying data-growth potential. Moreover, backed by the ambitious and visionary Ambani, Jio Platforms is the best telecom investment Brookfield could have found to gain a foothold in the world's second-most-populous country.

With Jio as the anchor tenant of the telecom business, Brookfield can expect a steady flow of revenue and income in the long run. As of June 30, Jio's customer base had swelled to 398.3 million, with a strong pickup in average revenue per user (ARPU) in its last quarter thanks to cheap bundled packages and the rollout of India's first cloud-based videoconferencing app, JioMeet.

According to industry reports, Jio Platforms is also looking for a public listing on the NASDAQ stock exchange by 2021.

Sam Pollock, CEO of Brookfield Infrastructure, is a happy man, having closed a transaction that he says was one of the company's "top priorities for 2020."

Brookfield Asset Management Offers to Buy the Rest of Brookfield REIT for $5.9 Billion