Shares of many upscale retailers were up sharply on Monday afternoon, as the market rallied amid signs that the economic impact of the coronavirus pandemic might not be quite as bad as previously feared.

Here's where things stood for these companies' stocks as of 2 p.m. EDT, relative to their closing prices on Friday:

There were several data points that retail-minded investors found encouraging on Monday. Key among them: Online home-goods retailer Wayfair (W 6.36%) said that its revenue-growth rate surged in mid-March, when consumers started staying home -- and has stayed high since.

Translation: Affluent stuck-at-home consumers are still shopping and spending online. That's one piece of good news for all upscale retailers, even those that haven't generated significant revenue from their online stores in the past. 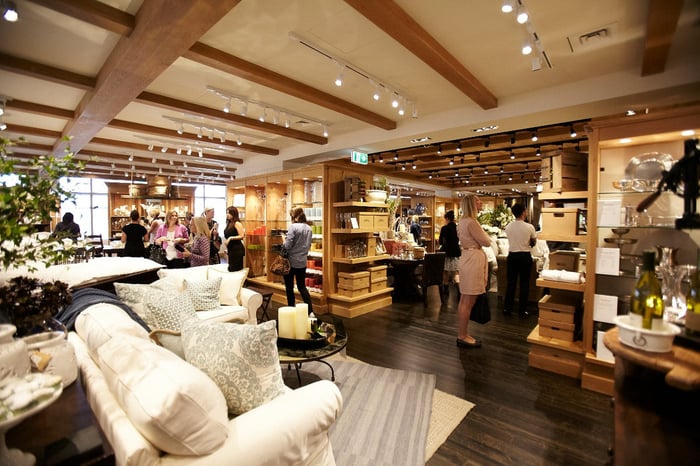 Here are the latest developments for each of these three companies:

For the moment at least, all three companies appear to have sufficient liquidity to weather the COVID-19 storm. If the economic hit is less severe than many of us have expected, all three could be in good positions to recover later this year.

But if there's anything that investors have learned over the last few weeks, it's that things can change very quickly.