GE Aviation, a unit of General Electric Co. (GE -1.24%), and joint venture partner Safran Aircraft Engines, have been given a license by the Trump administration to supply jet engines for the new C919 Chinese passenger jet, according to a Reuters report. CFM International, the joint venture company, was chosen by Commercial Aircraft Corporation of China (COMAC) to supply its LEAP-1C engines for the narrow-body jet set to begin service in 2021.

The report quoted a GE spokeswoman as saying, "We received notification that GE Aviation has license approval for engines for the C919." In February, Bloomberg cited a Dow Jones report saying there was opposition in the Trump administration to grant the license, with fears the Chinese could reverse-engineer the engines. President Trump, however, later indicated he supported the deal, tweeting on Feb. 18, "I want China to buy our jet engines, the best in the World...." 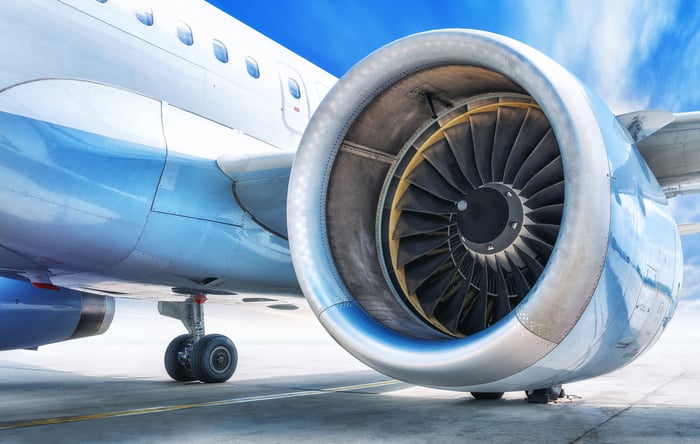 The LEAP family of engines was launched in December 2009, when COMAC selected CFM as the supplier for the 150-passenger C919 project. At the time, COMAC forecast there would be more than 2,000 C919 aircraft built over a 20-year period after its launch.