Those on lockdown in Britain now have another 10,000 free viewing options.

On Monday, streaming pioneer Roku (ROKU 3.92%) announced the debut of The Roku Channel, its free, ad-supported streaming channel, in the United Kingdom. The platform gives viewers access to more than 10,000 movies, television episodes, and documentaries. The company said there are no subscriptions, fees, or logins required. Viewers can access the service using a Roku streaming player, a NOW TV device, or the Sky Q Box, as well as TVs with the Roku operating system.

While Roku has been planning the move for a while, it couldn't come at a better time for citizens of the U.K., who -- like much of the world -- have been on lockdown since March in the face of the COVID-19 pandemic. 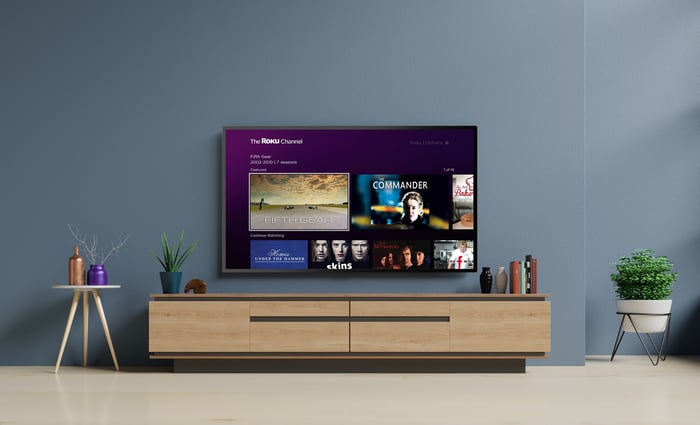 The Roku Channel offers viewers a variety of ad-supported programming, including well-known British television series such as Homes Under the Hammer, The Commander, Ultimate Force, and Fifth Gear, as well as popular global hits like Get Carter, The Wicker Man, and Les Miserables.

In November, the company announced that smart TVs featuring the Roku OS had been released by television manufacturer Hisense in a variety of models -- including 4K Ulta HD HDR -- with screen sizes between 43 inches and 65 inches. The release came just in time to capitalize on Black Friday shopping.

The streaming pioneer has been going all out to offer a greater library of viewing options. In late March, Roku announced that it would offer free access to more than 20 premium channels via its Home Together initiative.