Please ensure Javascript is enabled for purposes of website accessibility
Log In Help Join The Motley Fool
Free Article Join Over 1 Million Premium Members And Get More In-Depth Stock Guidance and Research
By Leo Sun - Apr 8, 2020 at 11:40AM

Apple revives its VR efforts by scooping up a startup at a steep discount.

Apple (AAPL -0.09%) recently agreed to buy NextVR, a California-based company that streams live events to augmented and virtual reality devices, for $100 million. NextVR holds over 40 patents for those technologies, but laid off roughly 40% of its staff after failing to secure fresh funding last year. The start-up was valued at $800 million less than four years ago.

$100 million is pocket change for Apple, which ended last quarter with $207 billion in cash, cash equivalents, and marketable securities. 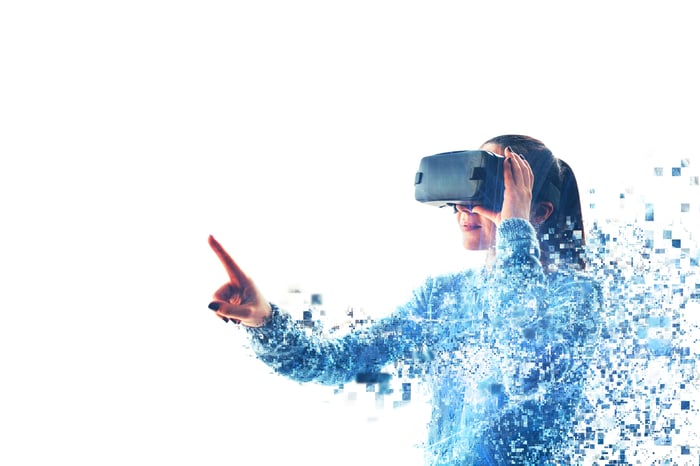 A look back at Apple's AR/VR plans

Unlike Facebook (META -0.79%), which dove headfirst into the VR market with its $2 billion acquisition of Oculus in 2014, Apple has only taken baby steps into the next-gen market.

Apple is reportedly planning to launch its AR headset in 2022, followed by AR glasses in 2023, according to The Information.

Facebook's best-selling headset, the stand-alone Oculus Quest, only hit 705,000 shipments last year, according to SuperData. That lack of enthusiasm explains why NextVR and other VR start-ups struggled to secure additional funding.

What does NextVR bring to the table?

NextVR is partnered with the NBA, Wimbledon, Fox Sports, and other major sports broadcasters, but the idea of streaming an entire sporting event through a cumbersome VR headset is catching on. 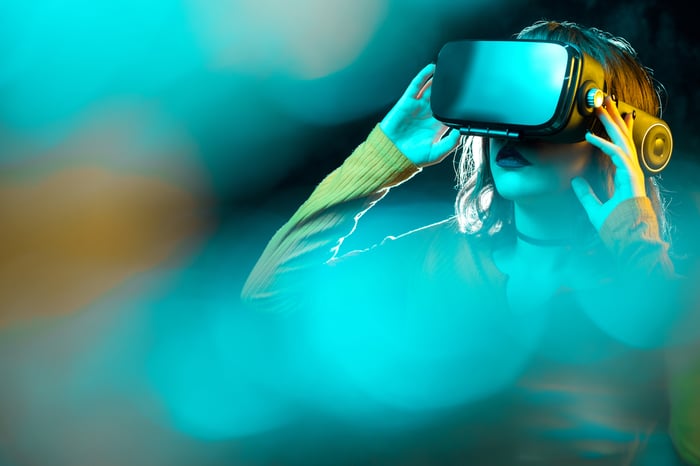 In early 2016, Dallas Mavericks owner Mark Cuban told AListDaily there was "zero chance" that VR would impact the business of live and broadcast sports. Cuban declared he "would rather be in the top row at a game than watching a live VR stream," and that he didn't "see that changing in many, many years."

However, Apple might see potential in NextVR's technology as an augmented extension of Apple TV, Apple Arcade, and Apple Music -- three core growth engines of the sticky Services segment that generated 14% of its revenue last quarter.It could offer VR content for its TV shows, video games, and exclusive concerts with NextVR's technologies.

In other words, viewers might not want to watch an entire game in VR, but they might be willing to watch the highlights in VR or use the technology to play other tie-in content. That technology would also widen Apple's moat against streaming media rivals.

Apple probably won't chase Facebook's Oculus into the high-end VR headset market anytime soon. Instead, it's likely laying down the foundations for a broader AR/VR ecosystem, which could clash with Facebook's over the next five years.

These glasses could be much lighter, affordable, and more powerful than current-gen devices like Microsoft's (MSFT -0.26%) HoloLens, Magic Leap One, and Facebook's Oculus headsets. They could also shift between AR and VR modes with ease, and tether users to their broader tech ecosystems via home and mobile networks.

It's all speculation for now, but Apple's takeover of NextVR indicates that it isn't abandoning the market to early movers like Facebook and Microsoft yet. If Apple finally makes its move, I suspect it will be through its Services business -- which would lock in users and reduce its dependence on the iPhone.