The U.S. Department of Health and Human Services (HHS) said that this contract is the first for ventilators to combat the coronavirus pandemic under the Defense Production Act, which was invoked by President Donald Trump in March.

Under the contract, GM will deliver a total of 30,000 ventilators to the U.S. Strategic National Stockpile by the end of August. The production schedule will allow GM to deliver the first 6,132 units by June 1, HHS said in a statement.

Many U.S. hospitals have been overwhelmed with patients who are critically ill with the COVID-19 virus and need ventilators to continue breathing while their bodies fight off the virus. 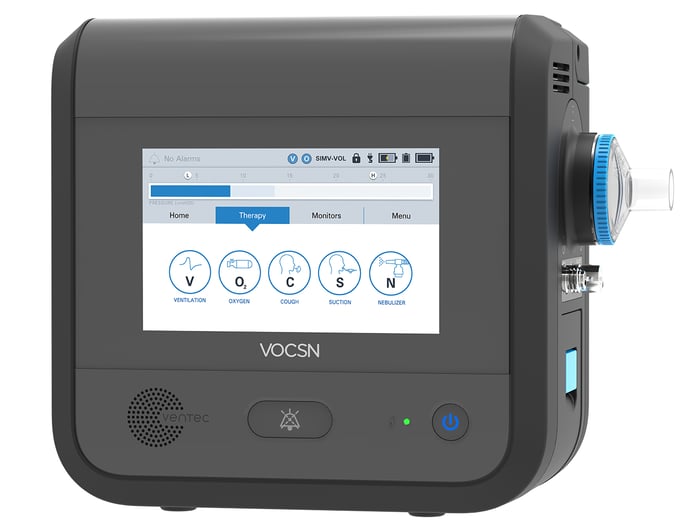 GM will produce 30,000 of these ventilators for the U.S. government at a factory in Indiana. Image source: Ventec Life Systems.

GM has been working with privately held Ventec Life Systems to dramatically scale up production of Ventec's VOCSN-360, a multifunction ventilator designed for hospital use. GM is refitting a factory in Kokomo, Indiana, to build the ventilators. Once up to full speed, the factory will be able to produce about 10,000 ventilators per month.

GM engineers and manufacturing workers, and a group of suppliers, have been working around the clock to prepare to manufacture components and refit the Kokomo factory. But it's not clear whether the GM-built ventilators will arrive in time to assist hospitals before the pandemic peaks in the U.S.

The HHS contract prices each ventilator at about $16,300. Typical hospital ventilators can cost as much as $50,000 each, depending on the features included.